4 stars of colourful and fun adventure in Gotham City. 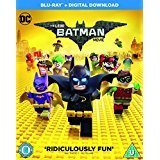 The LEGO Batman Movie is directed by Chris McKay, and produced by Dan Lin, Phil Lord, Christopher Miller and Roy Lee, who worked together on “The LEGO Movie.”  The story by Seth Grahame-Smith is based on LEGO Construction Toys characters from DC and the screenplay is written by Seth Grahame-Smith, Chris McKenna, Erik Sommers, Jared Stern and John Whittington. 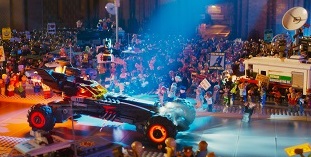 In the LEGO Universe, Batman (Will Arnett – The LEGO Movie, Ratatouille) is still protecting Gotham City, fighting crime and generally doing his thing. However, after he offends the Joker (Zach Galifianakis – The Hangover) by telling him he means nothing to him, the Joker vows to take revenge. 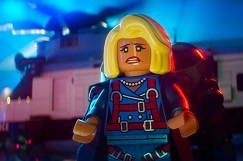 The following day, as his alter ego Bruce Wayne is attending an event to celebrate the retirement of Commissioner Gordon and his daughter Barbara (Rosario Dawson – Seven Pounds) taking over the role, he is shocked to learn that she means to fight crime without the aid of Batman.

As if things couldn’t get any worse, the Joker chooses this moment to crash the party with all his pals, only for them all to surrender, thus making him redundant. On top of this, when he returns to the Batcave, Alfred (Ralph Fiennes – Skyfall, Harry Potter) informs him that he unwittingly adopted a child, Dick Grayson (Michael Cera – Juno, Sausage Party), or Robin as he prefers to be called. 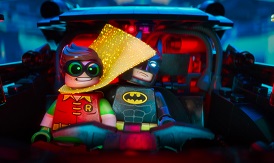 Suspicious of the Joker’s motives, he heads off with Robin in tow, to steal the Phantom Zone Projector from Superman’s Fortress of Solitude, in order to banish him to the maximum security prison. Will he be able to save Gotham alone this time, or will he need to learn to work with other people?

The LEGO Batman Movie carries on it’s outrageous lampooning of almost everything, in the tradition of The LEGO Movie. and many of the characters reprise their roles from the previous film. The style of irreverent humour is brilliant and offers something for everyone. Kids will love the slapstick, but there is also plenty in there for adults to enjoy, a true family film.

Once again the animation is stunning, with enormous attention to detail, really colourful and there’s always lots going on to keep the attention. With lots of special features I would thoroughly recommend this and not just to people with kids, I think anyone will love this.

“I’m rubbing my butt all over your stuff. We’re gonna have to rename this the Butt-mobile.”

The LEGO Batman Movie is available to buy now on 3D Blu-ray, Blu-ray and Standard DVD.

The Master: A LEGO Ninjago Short