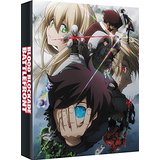 Ghouls, Superheroes and Eyes of the Gods.

Based on the manga by Yasuhiro Nightow (Trigun) and now with the Funimation treatment it comes to the UK, directed by up and coming director Rie Matsumoto (HeartCatch PreCure The Movie: Fashion Show in the Flower Capital… Really?!), she creates a alternate universe with great visuals and fun anime even if some of it is very violent.

Three years ago a monumental event took place in New York City known as the ‘Big Collapse’ where a hole appeared in the city allowing an Ultraworld through, bringing with it ghouls, demons and other assorted inhabitants of that realm. 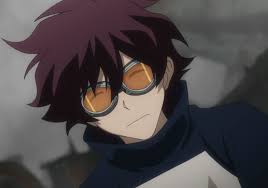 But three years on they coexist even if chaos ensues around every corner, but that madness drew Leonardo Watch to the big city with its high protective fog layer. He has been here for six months eking out a meagre life, drinking free coffee and blagging burgers. He wants to be a photo-journalist and always has his camera with him. He is in his local diner talking to Vivian the waitress who he gets on well with. She chastises him about his excess coffee and lack of food s0 she gets him a burger and he is just about to take a bite out of it when a sonic speed monkey (Yes a sonic speed monkey) runs in and makes off with Leo’s camera he sees it and gives chase, everybody else is stunned that he could see it. 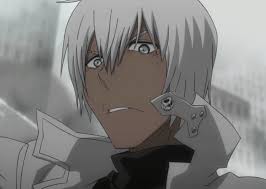 pursuer, lying in the street dazed. Out of the blue this guy runs up and starts yelling about not meeting up at the right place and whisks him off to meet the crew. This guy Zapp thinks Leo is someone else but talks so much Leo can’t get a word in edgeways.

Hellsalem’s Lot is protected by a society of super-humans calling themselves ‘Libra’ and Leo has been itching to meet them and get photos of them and do a piece on them. He thinks that this Zapp is going to take him to their secret 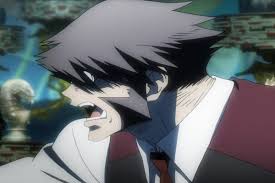 base, “Secret Society of the Magic-Sealed City” and when they get there Leo can’t believe his luck, but when he is introduced as ‘Johnny Landis’ he has to admit who he is. He is introduced to Libra’s leader Klaus Von Reinherz who is the Master of the Brain Grid blood battle style, which he can use to create large cross-shaped weaponry and seal away enemies. 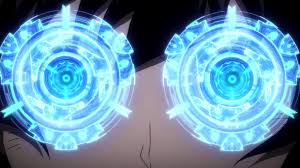 Seeing Eyes of thee Gods’ and Libra can use them and will have to protect the defenceless Leo. But his special sight came at a cost.

Follow the antics of Libra and those from the other dimension as Libra battle to keep the balance in Hellsallem’s Lot, oh and watch out for Blitz T. (Lucky) Abrams, he’s not called Lucky for nothing.

“Listen up Leonardo Watch, Before you can save the World. You have to watch  us wreck it all to Hell.” 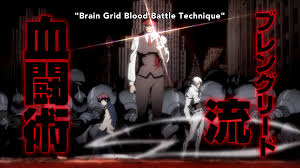 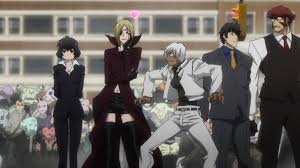