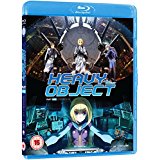 All The Anime brings us the future of war as Heavy Objects take to the field of battle and we see the great anime and CG. Directed by Takashi Watanabe (The Slayers, Slayers Next, Slayers Try) Heavy Object has had the Funimation treatment of this slick anime. The first opening theme is “One More Chance!!” by ALL OFF and the first ending theme is “Dear Brave” by Kano. Also a rousing score throughout the series that builds the tension nicely.

During the early 21st Century war changed forever when a small nation took on the UN with a single weapon, the first Heavy Object. From then on tanks, planes and ground troops were made obsolete. The World fractured into small states and Federations and Alliances as they all scrambled to develop their own Heavy 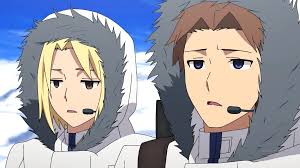 A snowy Alaskan army base and we see two guys Havia Winchell (Micah Solusod, Brothers Conflict, Tokyo Ghoul) and Qwenthur Barbotage (Justin Briner, One Piece) shovelling snow of a small runway. Havia is of noble birth and is the heir to the Winchell fortune whereas Qwenthur is low born but has a great mind and is an engineering student studying the Heavy Object ‘Baby Magnum’ stationed at the base. 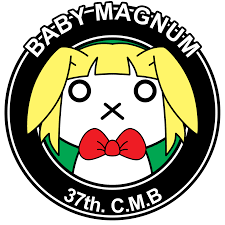 They bitch and whine about their task and especially about army rations and Havia has the bright idea to use his gun and the expensive smart bullets he has loaded  in it to kill a deer, for a BBQ.

They head into the forest away from the base, Qwenthur gets cold feet and decides to do a bit of ice fishing as Havia spots his quarry and heads off on the hunt. Shots ring out and Qwenthur is distracted as someone is stood by his side, Milinda Brantini (Alexis Tipton, No-Rin, Tokyo ESP) the Elite pilot of the Baby Magnum. Qwenthur takes an 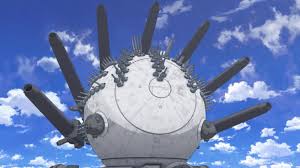 immediate liking to the fourteen year old that fights all the battles for the Legitimate Kingdom on her own, against Heavy Objects from other factions.

She tells Qwenthur that she was curious when she could hear shots from the base, Qwenthur now knows that they are in trouble from base commander Major Frolaytia Capistrano (Morgan Garrett, Assassination Classroom, Ben-To, Attack on Titan) 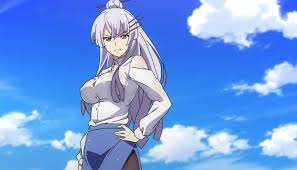 she is Havia’s favourite fantasy.

Havia was successful with his hunting but Frolaytia is waiting for them when they get back, it’s punishment detail for the pair of them and Qwenthur is late for learning in the Heavy Object hanger, where Ayami Cherryblossom  (Wendy Powell, Yona of the Dawn, Space Dandy, Fairy Tail) is waiting to scold him and do maintenance on Baby Magnum. The Princess (Milinda) is in her cockpit, 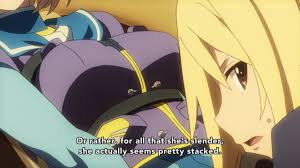 when the seatbelt adjusters go awry and start squeezing her and Qwenthur has his first dilemma, Ayami tells him to pull on the restraints to make sure the Princess can breathe but he can’t make himself touch the Princess. 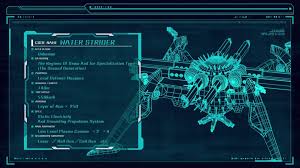 this terrain. Baby Magnum is deployed and all the ground crew wait with baited breath for the outcome of the battle between these Behemoths. Baby Magnum loses and normal protocol is that when a Heavy Object is defeated, the losing side is allowed to raise the white flag and give over the territory and everybody is safe.

Not this time, the Water Strider presses home the attack and razes the base to the ground and Frolaytia orders a retreat as the surrender is ignored. Our

intrepid duo and elite Princess have other ideas and think they can do the impossible and take down the invincible Object on the Planet without the use of another superior Object, which is the basis of modern warfare, but Qwenthur has a cunning plan.

Awesome graphics and a great story to start off this impressive anime.

Big Mecha and a duo of plucky heroes, what more could you ask for?

“My Debauchery is what is known as a coping mechanism. Ok!”