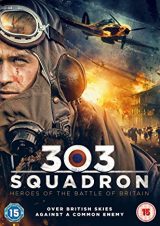 Rookie director Denis Delic (I’ll Show You!) takes Arkady Fiedler‘s book and brings us a concise account of how exiled Polish airmen fight for the right to take the fight to the Nazi Germans. But having  lost two wars they face the doubts of the RAF.

It is 1940 and most of Europe is occupied by Nazi Germany after Germany and the Russians invade Poland and as they sweep across the country, residents flee and so do the pilots as they try to get to neutral Romania. Some leave loved ones to their fate with the invaders hoping they will get picked up by the resistance.

Some 8,000 pilots and ground crew make it to the UK and the RAF put them up. Not as combat crew but just as trainees as they don’t follow the RAF way of thinking and combat.

ese displaced pilots is  Jan ‘Donald’ Zumbach (Maciej Zakoscielny, Army of Valhalla) a brash young man who has an eye for the ladies even though he left Jagoda Kochan (Anna Prus, Snow White and Russian Red) the daughter of his mechanic to her own fate back in Poland. The leader is the restrained Witold Urbanowicz (Piotr Adamczyk, Titanium White) who has to deal with the RAF brass Jones (Andrew Woodall, Solo: A Star Wars Story) and his underling Forbes (Kirk Barker, Arthur & Merlin). 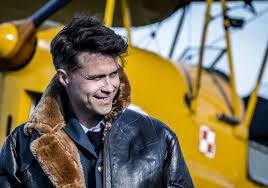 Jones has a problem, the Battle of Britain is raging on as Hitler tries to break the UK and take the head of the bulldog. The RAF has lost over 400 planes and pilots and it takes at least two weeks to train a Brit to fly the Hurricanes and Spitfires, so if the Poles can distract the enemy for a short time while new pilots are trained, they will die heroes. 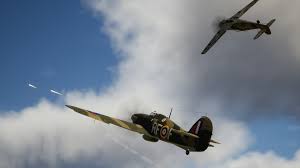 Watch as their story unfolds, from unwanted distractions to the best on the planet. The story flips back and forth through the early war years to tell their story but there is plenty of dogfighting action for the war enthusiast. 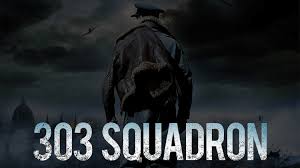 303 Squadron is available on DVD and Blu-ray