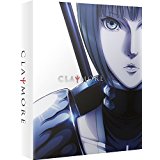 Fight the Monster Inside, Kill those on the Outside!

This anime is adapted from the manga of the same name by Norihiro Yagi (Angel Densetsu) and produced by Madhouse Studios and directed by Hiroyuki Tanaka. This heroic fantasy follows the special women that destroy the monsters (Yoma) that plague the towns and cities of these medieval times.

A small town is under attack by something that hides but when it hunts it kills its victims and eats the innards of its victim before vanishing, leaving no trace.

hiding as a human being. Claymore’s are always women as men cannot accept the fusing of human and Yoma. These Claymore are fearsome warriors that wield a mighty sword. The Claymore that arrives is the best of her time and she soon locates and kills the hidden Yoma and they are all from the same family leaving the young boy Raki without his parents or his brothers.

Raki being grateful for being alive latches on to his saviour. When the chief of the town offers her the payment she declines it saying that a man dressed all in black will follow in her footsteps and collect the payment shortly after she leaves.

The townsfolk don’t believe that Raki is free from the influences of the Yoma and is knocked unconscious and dumped beyond the town limits to die in the desert. 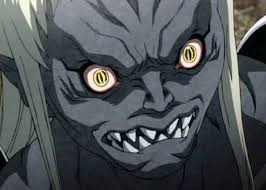 He is rescued by the Claymore and they are attacked by another Yoma that she quickly dispatches, he follows her at some distance. and when he finds her in a forest he is attacked again by another Yoma coming out of the dark forest.

Once again the silver eyed witch saves him and he is grateful and tells her his name and she tells him her name is Clare, and that he can be her cook and companion. 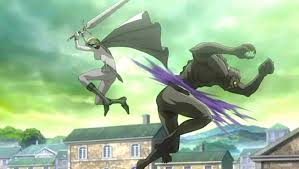 Her orders take the pair to the Holy City of Rabona where within the confines of the central Cathedral priests and guards have been slain and their entrails eaten. Obviously the work of a Yoma. But Father Vincent’s dilemma is that it is forbidden for anybody of questionable demeanour to step foot within the Holy walls of Rabona and Claymore’s definitely fit within that category. 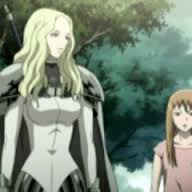 Clare takes a drug that suppresses her abilities also it changes her eyes back to her natural colour allowing her and Raki to enter the city posing as brother and sister. The Cathedral is under attack from a “Voracious Eater” and Clare must find it before she is discovered by the very vigilant guards.

With enemies hiding anywhere the Claymores have to be ever vigilant to save themselves and the humans they are sworn to protect however bad the humans are.

A great collectors edition of this fantasy killfest, with the origins of our heroine we find out what drives her on and rules will be broken with severe consequences.

“It takes a monster too kill a monster.” 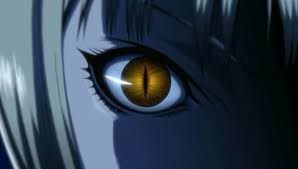