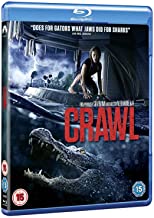 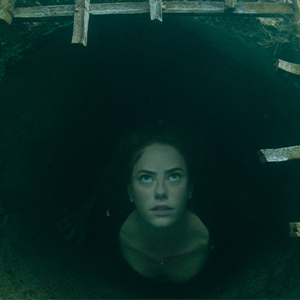 Haley (Kaya Scodelario – The Maze Runner, Moon) is a competitive swimmer studying at the University of Florida, whose swimming team enjoys the deliciously ironic title of “The Gators”. Her parents are recently divorced and she has subsequently fallen out with her father, Dave (Barry Pepper – Saving Private Ryan, The Green Mile).

With a category five hurricane approaching rapidly, a mandatory evacuation order has been issued to the general public. Haley receives a disturbing call from her sister Beth (Morfydd Clark – Pride and Prejudice and Zombies), she has been unable to contact Dave, who lives directly in the path of the hurricane. 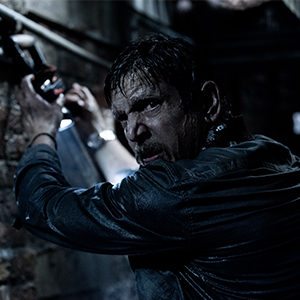 Flying in the face of logic (but following the rules of a disaster film), Haley sets off in her car to go and check on him. Old friend and now policeman Wayne (Ross Anderson – Unbroken, The Silent Storm) has set up a roadblock and is turning cars away for their own safety, however Haley has her heart set on this clearly ridiculous course of action and manages to find a way around.

Not finding her father at his condo, she takes the family dog Sugar and heads to the old house at Coral Lake to look for him there. Obviously a house in the middle of an alligator infested swamp is the best place to choose in the event of imminent flooding. 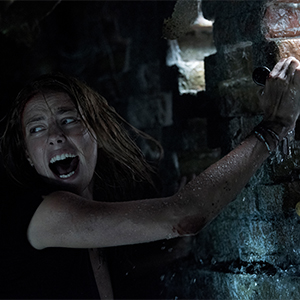 His truck is there, unfortunately has has been doing repairs in the crawlspace under the house and become trapped after a Gator attack. There is one small space behind the pipes that the alligators cannot get to, but with the hungry lizards everywhere and water levels rising it will take every ounce of ingenuity that Haley and Dave possess to get themselves out of this predicament.

Crawl is, against all the odds, a very enjoyable watch. It’s well written with a decent script and some very good acting. The VFX are excellent and it builds the tension too, there are a few proper alligator related jump scares.

It’s one of those films that you really think must have been horrible to make, all wet and muddy but very good for our viewing pleasure. If you like a good no-brainer disaster film then this one will be right up your street. Great fun and well worth adding to your collection.

“We are going to beat these pea-brained lizard sh*ts, you and me.” 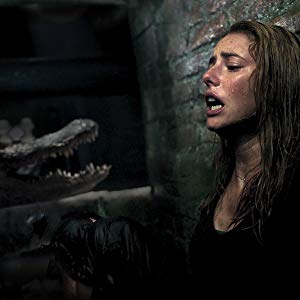 Crawl is available to buy now on DVD and Blu-ray.