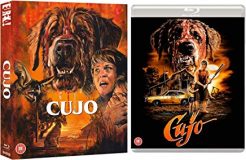 Cujo was originally released in 1983. It is written by Don Carlos Dunaway (Impulse) and Lauren Currier (Somebody’s Daughter), based on the best selling novel of the same name by Stephen King (Pet Sematary, The Dark Tower). It is available in the UK on Blu-ray for the first time courtesy of Eureka Classics. 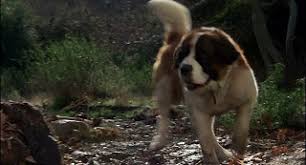 The film opens with our protagonist Cujo, a beautiful fluffy St. Bernard, happily chasing a rabbit. Unfortunately for poor Cujo (and his owners) when he sticks his head into the rabbit hole he startles the bats living inside and is bitten by one of them. 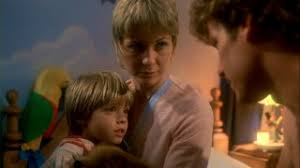 His wife Donna (Dee Wallace – The Hills Have Eyes, Critters) is having an affair with local stud Steve (Christopher Stone – The New Lassie) and he has his suspicions.

He is trying hard to make it work for the sake of their five year old son, Tad (Danny Pintauro – Who’s the Boss) who is terrified of monsters and needs constant reassurance.

They have an old Pinto which is on its last legs and the postman recommends that he try local mechanic Joe Camber (Ed Lauter – Not Another Teen Movie), who also happens to be the owner of Cujo. 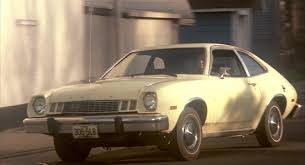 They meet the dog and although daunted by his size he seems friendly enough and they are happy enough with the job.

Following the catastrophic failure of a major marketing campaign, Vic is summones away on business for ten days, leaving Donna the job of taking the Pinto to Joe to be fixed (the moral of this story – never drive a Pinto!). However, Cujo is going downhill rapidly, the rabies is taking hold and the last thing they need is to be trapped in a broken down car with a rabid dog on the rampage. 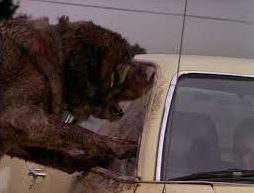 Cujo is a really enjoyable film. It is very slow to get started but once it does, it’s quite terrifying and extremely claustrophobic. There are some excellent acting performances, including animals and children and Cujo himself is extraordinarily plausible, I certainly wouldn’t have wanted to go anywhere near him!

With lots of special features and a very interesting accompanying booklet this is a great release which will grace the collection of any Stephen King fan.

Cujo is available to buy now on Limited Edition Blu-ray and will be released on 29th April 2019.

·         New and exclusive feature length audio commentary by Lee Gambin,     author of Nope, Nothing Wrong Here: The Making of Cujo