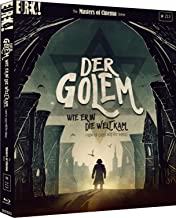 Der Golem is written by Henrik Galeen (Nosferatu) and Paul Wegener (The Student of Prague, The Pied Piper of Hamelin). Wegener also stars in the title role and co-directs with Carl Boese (Rendezvous).

The film, subtitled “Wie Er In Die Welt Kam” or “How He Came Into the World” was originally released in 1920 and is presented here following extensive restoration work courtesy of the Eureka! Masters of Cinema series #213.

“Summon all the community elders, so they will pray at the temple of Jehovah throughout the night. Disaster is written in the stars.” 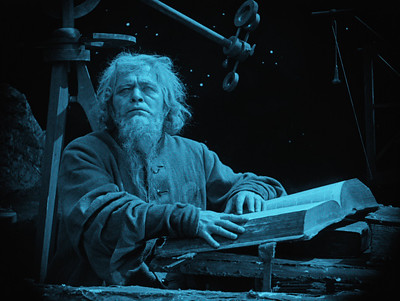 Der Golem is set in the Jewish Quarter of the Ghetto of Prague in the 16th Century. Rabbi Loew (Albert Steinrück – Helen of Troy, Asphalt) is consulting the heavens through his telescope when he sees a portent of impending doom. He immediately warns his fellow Jewish leader so that they may prepare.

The Rabbi doesn’t have to wait long for this prediction to come true, it arrives in the form of Knight Florian (Lothar Müthel – Der Müde Tod), an emissary from the Emperor, bearing a decree that the Jews must leave the Ghetto due to their practice of the black arts. Just to add insult to injury, Florian also has designs on his beloved but very flirty daughter Miriam (Lyda Salmonova – The Island of Tears). 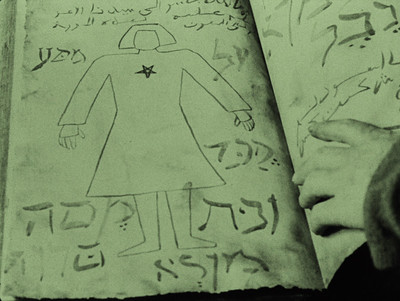 Rabbi Loew creates a Golem (Wegener), a huge man made from clay and powered by an amulet, which seems very helpful to begin with, doing the shopping, performing for the Emperor and helping to regain favour for the Jewish community. However, when the Rabbi’s assistant Famulus (Ernst Deutsch – The Third Man) attempts to use the Golem for his own selfish gain, mayhem and death ensue.

Der Golem is certainly a very interesting film. With twisted and deformed sets designed by Hans Poelzig and extraordinary stylised costume design, it is all intended to put you on the back foot and it really does achieve that. 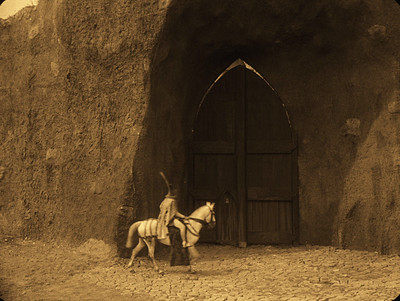 The Ghetto is portrayed as a surreal place, where one might expect supernatural creatures to emerge, populated with Jewish people running about in pointed hats like a bunch of demented wizards. Made during the Weimar Cinema era, this is perhaps not a classic silent film, however it was certainly influential at the time and reflected the mood of the nation.

This is an excellent release, featuring a choice of three different scores, each one changing the feel of the film completely, as well as the US release (much shorter than the original German film).

Fascinating and well worth adding to your collection.

“What a phantasmagoria you are displaying before our eyes, you strange illusionist. Let us see more of your arts.” 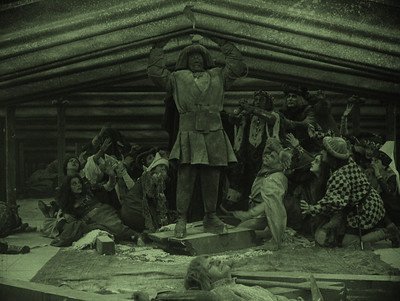 Der Golem is available to buy now on Blu-ray.