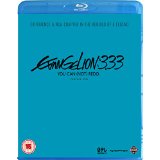 Hideaki Anno (Nadia: The Secret of Blue Water) and Studio Khara (Wolf Children) bring us the continuation of Rebuild of Evangelion, the reboot based on Neon Genesis, Evangelion. (This is a visual treat and a great continuation of the series, but this is not the place to start, so (Spoiler-ish Alert!)

At the start of the film we see an operation in space taking place as people spout orders and technicians relay relevant conditions and countdowns.

What Asuka Langley Shikinami (Tiffany Grant, One Piece) and Mari Illustrious Makinami (Tiffany Grant, Fairy Tail the Movie: Phoenix Priestess) are after is the encased and dormant remains of Evangelion Unit 01 and its pilot Shinji Ikari (Spike Spencer, Nura: The Rise of the Yokai Clan, Bleach). While trying to retrieve the massive Evangelion unit it comes to

life and defends itself against the retrieval drones. It destroys these then simply deactivates and descends into Earth atmosphere.

All this is done under the gaze of Kaworu Nagisa (Jerry Jewell, Dragon Ball, Dragon ball GT, Dragon Ball Z, A Certain Scientific Railgun) a young man who is eager to be acquainted with Shinji.

But the members of WILLIE are determined and they retrieve Unit 01 and Shinji, and when he comes out of his coma he recognises the members of the Wunder‘s crew as his old friends and colleagues. However they treat him with

indifference and also put a bomb-collar on his neck to stop him from going rogue within an EVA. The Wunder is run by Misato Katsuragi (Allison Keith, Full Metal Panic) and her second Ritsuko Akagi (Colleen Clinkenbeard, Tokyo Ghoul, Ghost in the Shell: Arise, Attack on Titan, Aesthetica of a Rogue Hero).

The massive ship the Wunder absorbs unit 01 to power itself as it comes under attack from angels. Wondering what is going on Shinji finds out that it has been fourteen years since he was blamed for the Third Impact and he and anyone else who has piloted an Evangelion Unit has not aged one day.

To keep Shinji in check Nerv have brought in Kaworu Nagisa, a brilliant young 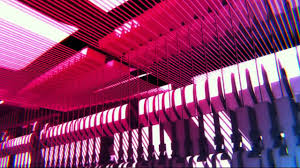 pianist who encourages Shinji to join and play along with him forming a bond between the two. The plan being that Kaworu will pilot the EVA Unit 01 with the collared Shinji riding shot gun. But Kaworu, to prove his friendship to Shinji and unbeknownst to the rest of Nerv, removes his collar and puts it on himself.

What could possibly go wrong?

With stunning visuals and an ace sound track you are in for a treat, just don’t start the journey at this point, just get ready for the conclusion of this rebirth of Evangelion. 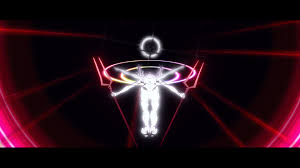