4 stars for this entertaining anime collection. 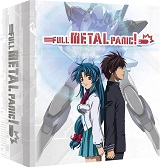 Full Metal Panic is based on the light novel series of the same name by Shoji Gatoh and illustrated by Shiki Douji. 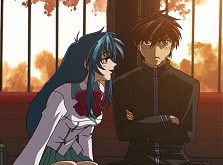 Full Metal Panic! tells the story of a student of Jindai High School, Kaname Chidori (Luci Christian – One Piece) who, unbeknownst to her, is a “Whispered”, containing many military secrets inside her brain which she cannot access. However,  there are terrorists, such as Gauron (Mike Macrae – Excel Saga) who would love to get their hands on the information, putting her in great danger. 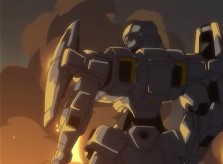 In order to keep her safe, Mithril send three of their operatives to secretly guard her. Kurz Weber (Vic Mignogna – Space Dandy) and Melissa Mao (Allison Keith – Infinite Stratos) are assigned to watch from a distance and due to his age and youthful appearance, Sousuke Sagara (Chris Patton – Baccano!) is enrolled into her class in order to watch her.

Understandably she is not impressed at being followed around and even when she realises he is there to protect her, she is still not overly impressed with his military credentials, however they must learn to get on. 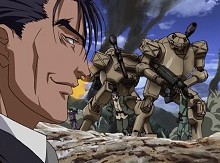 Working away in the background are Commander Teletha “Tessa” Testarossa (Hilary Haag – Penguindrum) and her subordinate Lt. Cmdr. Andry Kalinin (Mike Kleinhenz – Crying Freeman). Together they must keep the information out of enemy hands and fight terrorism.

They bring the fight using large mechs, known in this world as Arm Slaves, which are powered using the Lambda Drive, which all concerned must master in order to win their battles. 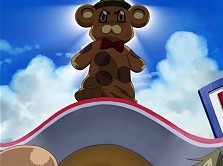 Full Metal Panic? Fumoffu is the second season, much shorter than the first and more of a spin off than anything else. It is much more light hearted and concentrates more on the relationship between Chidori and Sousuke.

Full Metal Panic!: The Second Raid is the third season, but continues the story on from the end of season one. 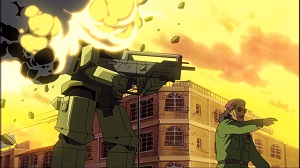 I enjoyed this release, although for me it was a little blurred on the genre. It mixes up high school kids, boy meets girl and big robots a bit too much for my taste and is too busy trying to find an identity to really nail any of them. It is however very nicely drawn and entertaining, plenty of laughs to be had, especially in season two.

This is a massive package, containing lots of special features across seven Blu-rays and an Art Book containing art from all three seasons. Well worth a look and this would make a great Christmas gift for an anime fan.