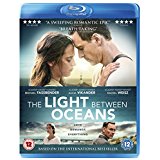 The Light Between Oceans is based on the 2012 novel of the same name by M.L. Stedman, adapted for the screen and directed by Derek Cianfrance (Blue Valentine, The Place Beyond the Pines). 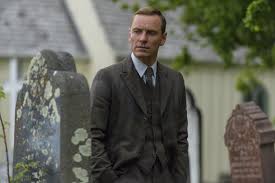 Tom Sherbourne (Michael Fassbender – 12 Years a Slave, Assassin’s Creed) is a traumatised soldier just returned from the front line in France at the end of WW1. Suffering from survivor’s guilt, he wants nothing more than to be alone with his thoughts, so he applies for a temporary job as a lighthouse keeper.

It’s a notoriously difficult position to fill, as Janus Island is incredibly remote, 100 miles out to sea, located where the Indian Ocean meets the Southern Ocean. While preparing to leave he meets the daughter of a local family, Isabel Graysmark (Alicia Vikander – Ex Machina, Jason Bourne) and is immediately taken with her. 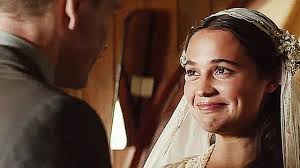 The feeling is mutual and Isabel wishes to go to the island with him, but unfortunately Commonwealth Law states that the only woman allowed on Janus Island would be the lighthouse keeper’s wife. After much deliberation by letter, they finally decide to tie the knot and Isabel gets her dream and joins him. 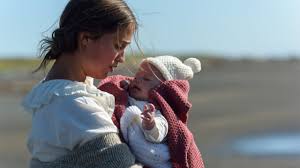 The couple are very happy, but it is marred by their inability to have children. After a second miscarriage, they have all but given up, until one day a boat washes up on the beach. In the boat is the body of a young man and a baby girl, very much alive.

Despite it being against every regulation, Isabel manages to persuade Tom not to enter the incident into the log, instead burying the body and keeping the child for their own. Although they are very happy and the whole family celebrate, they soon begin to realise that this decision will carry very serious repercussions. 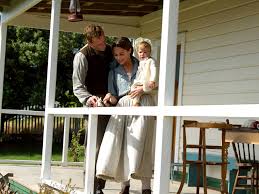 The Light Between Oceans is a very impressive film. The scenery is breathtaking, with sweeping vistas of beautiful sunsets over the ocean and the lovely Janus Island. Set against this glorious backdrop, this dramatic tale of love and loss feels more important somehow and there’s no denying the emotional impact, although they do lay it on a bit too thick in places.

A great love story, this is a must own for the romantics out there, just be sure to have the tissues handy.

“Save this life. She’s here and she needs us.”

The Light Between Oceans is available to buy now on DVD and Blu-ray.