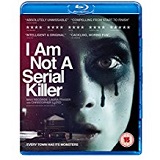 I Am Not A Serial Killer is written and directed by Billy O’Brien (Isolation, The Hybrid) and is an independent British/Irish co-production, shot in Minnesota, the same locale as Fargo and with a similar feel. 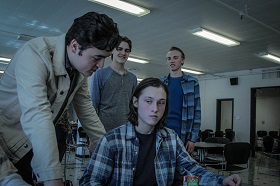 John Wayne Cleaver (Max Records – Where The Wild Things Are, The Sitter) is a teenager with some serious issues. Diagnosed as a sociopath by his therapist Dr. Neblin (Karl Geary – Hamlet, The Burrowers), he is constantly bullied and his only friend is the extraordinarily patient Max (Raymond Brandstrom – Cold November, Strange Nature). 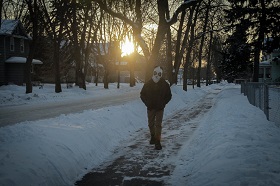 It doesn’t help his cause that at the tender age of 16, he is expected to assist his mother April (Laura Fraser – The Missing, Breaking Bad) and his Aunt Margaret (Christina Baldwin – A Stray) in the embalming process at their family owned funeral home.

He has always been fascinated by serial killers and given that he displays many of the indicators towards homicidal tendencies, he lives by a very strict set of rules and regulations in order to keep himself normal and everyone else safe. He hangs out with Max and he makes sure to help out his elderly neighbours, Bill Crowley (Christopher Lloyd – Back to the Future, Cold Moon) and his wife Kay (Dee Noah – Factotum). 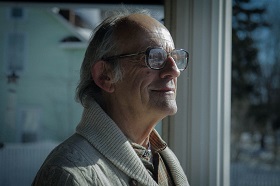 His life is about to get a whole lot trickier however, when a serial killer begins to strike in his own small town in Clayton County, seemingly to harvest body parts. Unable to resist investigating, he accidentally uncovers the identity of the killer, putting both his life and his fine balance of control in jeopardy. 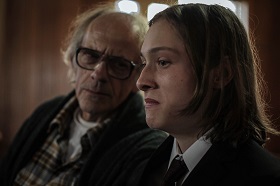 I Am Not A Serial Killer is a very well written film, with superb acting performances from all concerned, most notably Max Records and Christopher Lloyd, who are both startlingly good. The story is really clever, with plenty of suspense and lots of twists and turns and a happy disregard for genre which makes it difficult to decide whether it is horror, comedy, sci-fi or drama.

A great watch and most certainly worth adding to your collection.

“Nightmares are nothing man. Those pictures gave me a therapist.”