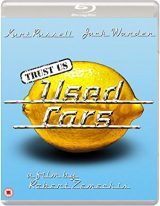 Death of a Salesman

From the genius writer/director Robert Zemeckis (Romancing the Stone, Back to the Future, Who Framed Roger Rabbit, Forrest Gump…). Now comes the Eureka restoration of his 1980 black comedy Used Cars. Where feuding brothers Roy L. Fuchs / Luke Fuchs (Jack Warden, 12 Angry Men, While You Were Sleeping, Beyond the Poseidon Adventure) battle to be the biggest used car outlet, but only one of them has a Rudy Russo (Kurt Russell, Escape from New York, Big Trouble in Little China, Stargate, Escape from L.A., Guardians of the Galaxy: Vol. 2). 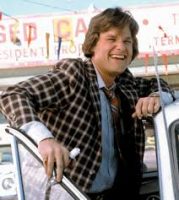 Rudy Russo (Russell) works at the struggling New Deals used car lot, just getting customers onto the lot is a skill in itself as Rudy has to go fishing (literally) for customers from his bosses brother across the road.

Rudy has bigger ambitions than just being a used car salesman, he wants to run for the State Senate,

which will cost $50,000 and he is still $10,000 short of his goal. But his boss the elderly Luke Fuchs (Jack Warden) is a charitable man and offers Rudy the $10,000 as long as he makes sure that his brother Roy L. Fuchs (Jack Warden) his arch-rival and rather up market used car sales, never gets his hands on his lot, which Rudy readily agrees to.

Roy L. Fuchs is an unscrupulous man. He buys politicians and lawyers etc to get his way and he needs the Lot across the street as he has insider knowledge of a 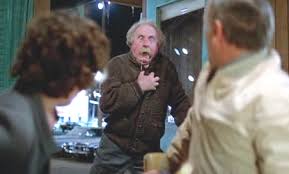 new freeway off-ramp which will be smack bang on top of his Lot. He needs to get his hand on Luke’s property and if Luke dies he will inherit it, so he sends his new worker Mickey (Michael Talbott, Any Which Way You Can, First Blood) the demolition derby driver to take old man Luke for a test drive, knowing that his brother has a dodgy ticker.

His plan is a success but he doesn’t witness it and Rudy and his co-workers, the 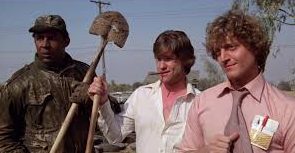 “I’ll tell you something. This country is going to the dogs. You know, it used to be when you bought a politician, that son of a bitch stayed bought.”

To boost sales, Rudy and his co-workers come up with a canny plan to bring in new customers and that involves hijacking a live broadcast of

football game, what could possibly go wrong? Now that Luke has gone on a trip to Miami in the Edsel and his estranged daughter Barbara Fuchs (Deborah Harmon, Bachelor Party) turns up, are Rudy’s hopes dashed?

A hilarious romp in the used car lot. 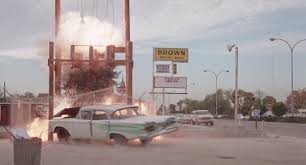 Used Cars is available on Blu-ray.