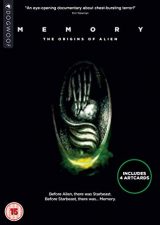 Memory: The Origins of Alien celebrates 40 years of one of the most terrifying franchise’s in cinematic history. Told by the people that were there, from concept to release. From writer Dan O’Bannon (Dark Star, Heavy Metal, Blue Thunder, Lifeforce) came the tale that changed how Sci-Fi was perceived, and with director Ridley Scott (Blade Runner, Thelma & Louise, Gladiator, Black Hawk Down) cinematic eye of H.R. Giger’s vision of an ancient/futuristic species. 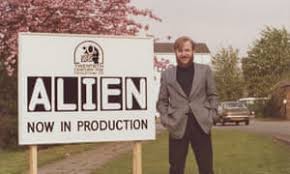 Diane O’Bannon knows best about the struggles that her husband had to get his story together from some of his older stories and with the aid of writer Ronald Shusett (Dead and Buried). All because Dan fell out with director John Carpenter (Assault on Precinct 13, Escape from New York, Big Trouble in Little China) after their flop of a movie the Sci-Fi comedy Dark Star (I love the film) and his intention to write a horror Sci-Fi.

“Dark Star is the comedy version of Alien, one makes you laugh and the other one is going to eat you alive.”

Sit back and enjoy all that it takes to change Sci-Fi and cinema for ever. Memory: The Origin of Alien keeps you riveted to your seat, Spellbinding. 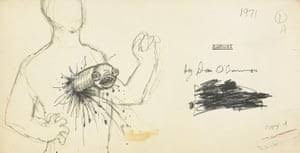 Memory: The Origins of Alien is available in cinemas and on DVD.