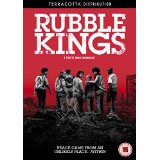 The Story of the Painful Birth of Hip Hop

Director Shan Nicholson (Downtown Calling) brings us from the late 1960’s and the city of New York, through the period of being on its financial knees and onto the 70’s where mob rule was on every street corner and your colours told where you were from and how bad ass you were.

Told by the people that were there and who wielded the power and the bats.

In 1979 a cult classic film called The Warriors shook the world with its depiction of New York City as a gang infested concrete jungle.

There have always been gangs in New York city, but now they are centred in the run down tenements of the South Bronx. It is a place that seems to have been abandoned by the rest of the city and this has led to the rise of the gang culture within the urban sprawl, while the uptown parts were undergoing a restoration such as the world trade centre and celebrations of the NY Nix winning their first major trophy.

“Yellow” Benji Melendez was the founder of the Ghetto Brothers and his chance sighting of a young man doing martial arts in the street lead them to become brothers, he was Carlos “Karate Charlie” Suarez who was to be the Ying to Yellow’s Yang.

At a time when hopes were high and with revolution in the air, people had high expectations of a better time to come. But these were all dashed as the prophets were slain, J.F.K and Martin “Luther” King and the Vietnam war. 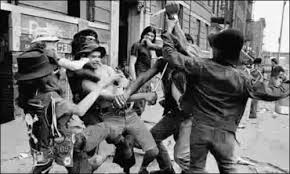 Then along came a man with a vision, Robert “Master  Builder” Moses. Unfortunately it wasn’t the vision the Bronx needed, as a state parkway cut a deadly swath through the borough. Store holders left and landlords started dirty tactics to get the insurance money on their now de-valued property. 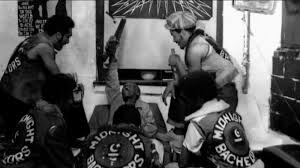 The gangs were hard and vicious to their rivals and to their new initiates. If you lived in the block you had to be in the gang and you had to prove you could rumble with the best of them. The Ghetto Brothers did their best to try to bring peace by helping the communities get straight from drugs and get rid of the squalid living conditions.

But with presidents and warlords calling for turf wars to gain territory for lucrative drug deals, things were always going to turn ugly. When a mediator 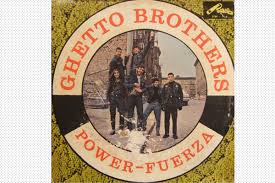 is killed trying to bring peace between rival gangs, the streets could run red with the blood of the colours. Or will things change for the better?

Watch and learn how Hip Hop was born out of the blood soaked rubble of the inner city streets of a forgotten borough of New York. A must own for the fan of the music that changed the world.

“From the bat and knife to the decks to the dance floor”. 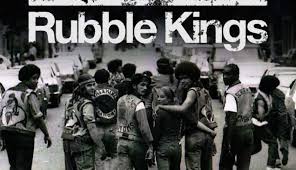