4 stars for this beautifully remastered sequel to a horror classic. 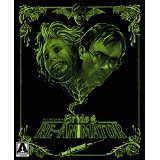 Bride of Re-animator was first released in 1989 and is the sequel to Re-animator, based on characters created by H.P.Lovecraft. It is directed by Brian Yuzna (Society, Progeny) and the special effects are created by Screaming Mad George (famed for the “shunting” scene in Society) who brings a whole new level of weirdness to the proceedings.

This new release courtesy of Arrow Films has enjoyed brand new 2K restorations of both the Unrated and R-rated versions of the film.

“Pure potentiality. The Primordial ooze from which all life originates.”

It is now 8 months after the Miskatonic Massacre and Dr. Herbert West (Jeffrey Combs – The 4400, Star Trek: Enterprise) and Dr. Dan Cain (Bruce Abbott – Dark Justice Summer Heat) are now working on the front lines of a brutal civil war. 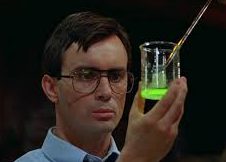 Far from being deterred by the results of his previous experiments with the re-animation agent, West is now even more determined than ever and very happy with the large supply of subjects supplied by the war. Unfortunately they are forced to leave when their camp is overrun by the enemy.

They return to Arkham and are somehow able to return to their previous jobs at the Miskatonic University Hospital. They take up residence in an old morgue, complete with their own embalming room in the cellar. 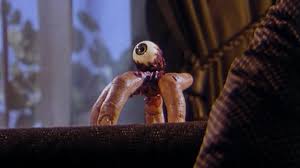 Here, they are free to continue Dr. West’s current project, to create life from separate parts, rather than just to restore it. To this end, he has gradually begun to acquire “surplus” body parts from the hospital. Dr. Cain is less than enthusiastic, his ideals stand in his way, but when he hears the plan is to create a woman based around his dead girlfriend Meg’s heart, he allows himself to be persuaded.

“What could possibly go wrong?” I hear you cry. Well, there’s a cop, Lt. Leslie Chapman (Claude Earl Jones – Dallas, Miracle Mile), whose wife was one of the original experiments, who isn’t very happy and is determined to catch them out. And of course, there’s Dr. Hill (David Gale – The Big Fix, The Brain), now just a severed head but still has an awesome amount of power over the hapless pathologist Dr. Graves (Mel Stewart – Dead Heat, Scarecrow and Mrs King), who has inadvertently re-animated him. 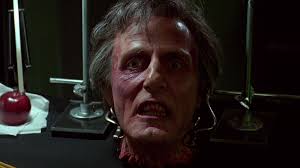 Bride of Re-animator is a really enjoyable film, with lots more gore and special effects than the original. It feels like a bigger budget affair, with a far greater variety of weird and wonderful creations to be grossed out by. The comedy is every bit as good as the first film (wait till you see the woman they create, she’s hilarious and the bat’s great too) and it still makes you wince in places.

There are bucket loads of special features with this limited edition release, including Re-animator: Dawn of the Re-animator, the original comic book prequel to the first film and lots of featurettes and commentaries, some new.

Any self respecting horror fan will want to add this one to their collection.

“Just dead tissue. But in our hands it’s the clay of life. Within this chest, Meg’s heart will beat again.” 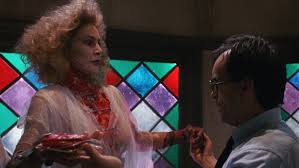 Bride of Re-animator is available on Dual Format DVD and Blu-ray now.