The Chant of Jimmie Blacksmith was originally released in 1978 and is based on the novel of the same name by Thomas Keneally (Schindler’s Ark). The screen adaptation was written, directed and produced by Fred Schepisi (Six Degrees of Separation).

It is presented here courtesy of Eureka Entertainment as part of their Masters of Cinema collection #212. This release includes both the Australian and International versions of the film.

“It’s your chance. You’ll only lose that child of yours if you stay with the blacks…” 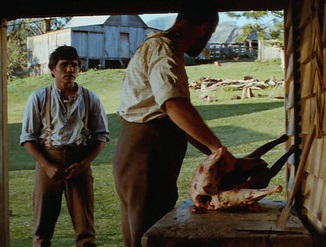 Jimmie is half white and half Aboriginal. Although embraced by the Aboriginal community, he has been receiving education from Reverend Neville (Jack Thompson – Breaker Morant) and his wife Martha (Julie Dawson – Freedom) and has decided he wishes  to better himself. They have taught him to read and advised him to take a white bride, settle down and start a family.

To that end he takes on jobs as a farmhand and fence builder, but is constantly betrayed by his employers, always underpaid and put down however hard he works. The blacks are not afforded any rights. He does manage to find himself a nice white girl in the form of Gilda Marshall (Angela Punch McGregor – A Test of Love, The Island), who is heavily pregnant when they marry. 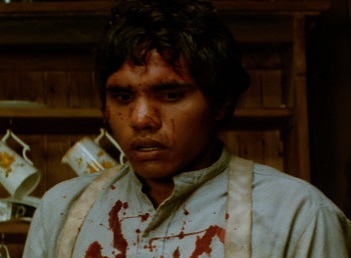 Jimmie is working for a family headed by Jack Newby (Don Crosby – A Country Practice), whose wife and daughters strongly disagree with his marriage to Gilda, however they do offer her a job and agree to help her with the birth. When Jimmies Uncle Tabidgi (Steve Dodd – Gallipoli) and brother Mort (Freddy Reynolds) turn up, Newby declares that he has turned the farm into a “black camp” and refuses to pay Jimmie for the work he has done.

As a final indignity, when the child is born it is white, causing Jimmie to snap and triggering a bloody and brutal killing spree which sees Jimmie and Mort go on the run and shocks a nation. 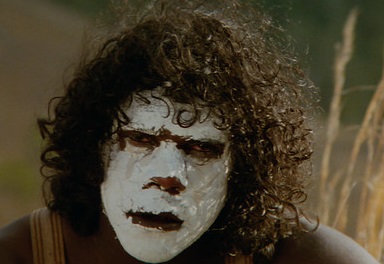 The Chant of Jimmie Blacksmith is an extraordinary insight into the consequences of institutionalised racism for both the victims and the perpetrators. It is a gritty, violent and uncompromising look at the white Australians treatment of the indigenous peoples and is pretty hard to watch in places. What is perhaps most worrying is how normal it all seems, we are not at all surprised by any of the cruelty. The acting throughout is absolutely superb, with a standout performance from Tommy Lewis who really does bring the character of Jimmie to life.

Arguably one of Australia’s most important films, it has been remastered and is now in 1080p. The sweeping scenery acts as a great backdrop to the human story playing out and the classical soundtrack also sounds excellent.

This film won’t be everyone’s cup of tea, but it is brilliantly made and well restored, with plenty of special features and well worth adding to your collection if you can stomach it.

“You harmed the people you harmed because you chose to go to them. Ready to harm them and with the arms to do it.”