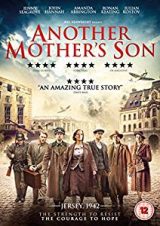 Another Mothers Son comes from director Christopher Menaul who in the past has directed some of our iconic TV series through the years (The Forsyte Saga, Prime Suspect, Minder, The Sweeney, Target). This Emmy Nominated director takes on the gritty tale of the second World War in the occupied Channel Islands that were forgotten by Churchill and subjected to the wrath of the Nazi’s. Another Mothers Son follows Louisa Gould (Jenny Seagrove, Local Hero) a shop owner who handles the rations in her rural village on Jersey in 1942.

The only British territory to fall under Nazi rule and Hitler ordered that any Englishman not born on the islands be deported to Germany with their families. Men captured elsewhere in Europe were brought to the islands to build Hitler’s defences. 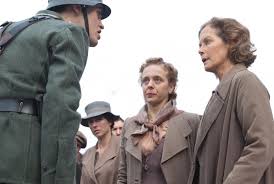 Lou (Seagrove) is down on the docks where people are being deported to Germany. Nobody knows what is going on and the Nazis are barking orders in German, she finds her friend who is about to board the ship and manages to give her a box of rations.

Later she is with Arthur (John Hannah, The Mummy, The Mummy Returns) at the central post office and as he is one of those Englishman not born on the island, he is about to be deported unless his boss can make him management who are exempt from deportation. With much wrangling he finally agrees.

Meanwhile in a quarry the Germans round up the Russian prisoners after their shift moving rocks with their bare hands. They have been whipped and starved and when the guard throws his sausage on the floor a fight breaks out and once it has been claimed the guards move the shambling group out of the quarry. Then a bedraggled

head pops up out from behind a big rock. He makes his way across fields and so spies a barn, a place to hole up for a while. But the barn is already occupied by another escaped prisoner.

Rene (Peter Wight, Hot Fuzz) comes into his barn and gives a soft whistle and the first prisoner pops up. Rene hands him some apples when the second prisoner comes out of hiding. Rene has a predicament, he cannot hide two prisoners, who can he turn to?

Lou has two sons fighting against Hitler’s forces of evil and one day she receives the letter all mothers dread, her son Edward has been killed in action and she is devastated. Later when she sees the way the Germans treat the Russian prisoners, she rushes up and gives them some apples, much to the annoyance of the Germans. Later Rene is at Lou’s  door asking if she could hide this new prisoner and after a while she agrees.

After a brief introduction and getting over the language barrier but not able to pronounce his name she names the new prisoner Bill (Julian Kostov, London Has Fallen) and their story starts here.

Another Mothers Son is an emotional tale of a stoic woman in times of hardship when the enemy wear Jackboots and are also hiding behind curtains ready to spread deadly rumours for a cash reward, and it is a long way till the end of the war.

Seagrove is ace in this role and the rest of the cast make it all too believable, have a lot of tissues at the ready for the conclusion of this unsung hero.

“The value of life is not measured in length, but in deeds.” 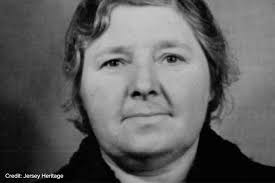 Another Mothers Son is Available on DVD now.