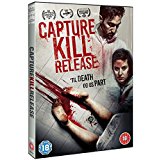 Capture Kill Release is written and directed by Nick McAnulty (Murdoch Mysteries, Arctic Air) and is a strange mix of kitchen sink drama and brutal horror.

“I think there should be equal murder opportunities for everyone.”

Jennifer (Jennifer Fraser) and Farhang (Farhang Ghajar – Uncle Brian, Snow) seem like the perfect couple. As the film opens we see Jennifer with her new prized possession, a shiny new video camera which she excitedly waits to show to Farhang.

It seems however that their intent might not be quite as wholesome as it first appears, as they take a trip to the hardware store and discuss quite openly and publically what items they will need to purchase in order to commit a murder and subsequently dispose of the body. 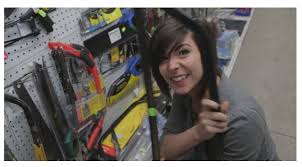 Jennifer’s lifelong ambition is to make a film and her chosen subject matter is the murder of a random stranger. We have a couple of candidates, homeless man Gary (Jon Gates – Something to Hide) and an obnoxious rich guy (Rich Piatkowski – Dead Rush, The Demolisher). Which one will be deemed a suitable victim and will Farhang go through with it when it comes down to the wire?

Capture Kill Release is a good idea for a story and it is quite elegantly handled, however it just takes so long to get anywhere that it is actually boring in places. I’m all for for character building but you can take it too far. 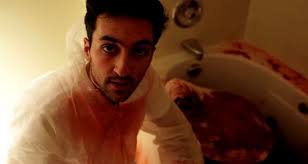 When the action finally happens it does involve very graphic scenes, lots and lots of blood, more than enough to satisfy even the most hardened gore hounds.  The performances are also very good from an inexperienced cast.

If you’re into found footage horror then this is certainly one to add to the collection, it’s different take on the concept sets it apart from the standard “lost in the forest” style of filmmaking.

“I’d possibly throttle him somehow, like take a rope or a belt, because I mean, it’s quiet and it’s quick and you can really feel them move…”

Capture Kill Release is available to buy now on DVD.