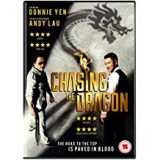 The Rise and Fall of a Drug Lord.

From writer/director Jing Wong (The Man from Macau) and directorial début from Jason Kwan comes a remake of the 1991 film (To Be Number One), it tells the true life story of Hong Kong gangster Ng Sek-ho, from his lowly start to his meteoric downfall.

It is 1960 and Ng Sek-ho (Donnie Yen, Ip Man, Kung Fu Killer) and his friends have spent four days starving, making their way from China to the British Colony of Hong Kong. They soon fit into the corrupt streets of the city as it is run by the British and everybody is up for bribes (Police and gangsters) and making as much money as they can.

“Life or Death, Poverty or Riches. It is all Destined.”

It doesn’t take long for Ho and his friends to realise that there’s no point working on a construction site for HK$2 a day when they can get $30 for joining in on a fight for one of the crime lords, they follow Grizzly Bear (normally it is rattling and shouting). The money he does make, he gives to his younger brother for tuition fees. 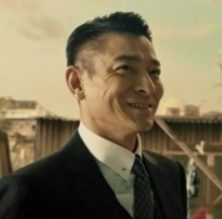 In the police force is Sergeant Major Lee Rock (Andy Lau, The Great Wall) and he wants to organise all the gangs so everybody can earn up to 500 million a year, aided by his number one ‘Piggy’.

It is when the guys turn up at one of the fights that Rock and his boss Ngan and the British officer Hunter (Bryan Larkin, London Has Fallen) get to see Ho in action. As crime Lords Grizzly Bear and Comic come together.

Rock and Piggy have a bottle of beer and watch from the roof and as the two gangsters face off. It is when Grizzly is hit in the head with a bottle that things escalate. Our guys realise they have to earn their money tonight and arm themselves 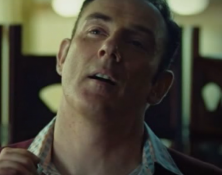 and get stuck in. Ho’s fighting skills are noted by those observing and Hunter is asked to sort it out. The battle is in full flow when Hunter and his two squads of riot police turn up and Ho and his friends flee the scene as the tear gas hits the floor.

The cops beat everybody up and when Ho is spotted fleeing in riot uniforms by Hunter he starts shooting at them. Ho makes a friend in Rock that night and a vicious enemy in Hunter, as Rock and Ho work together to divide the city and control all the drugs in the den of iniquity that was Kowloon.

We at RRR really like Donnie Yen’s films but the way this one is subtitled (white on light foreground and the speed that they fly by make this very hard going). The action is fast and brilliant. 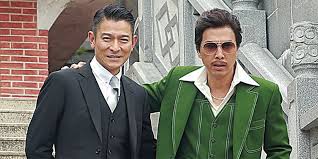 Chasing the Dragon is available on DVD