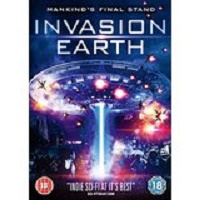 Alien suspense from the pen and direction of James Twyman (I Am Hooligan). He brings us this British indie film via Greenway Entertainment, Welsh Film Institute / Sefydliad Ffilm giving young/older actors and actresses the opportunity to hone their skills.

A couple hack into the Hubble space telescope and train it on a piece of space to see what is moving about there. To their shock they see a fleet of very large spaceships headed for Earth. After a few calculations the man works out that they will get to Earth in just three months. 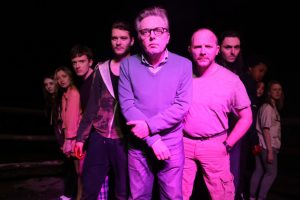 A van full of young offenders arrives at the ‘Tough it Out’ rehab centre on a remote island, the centre lives up to its name in appearance as it looks like a run down farm. The new residents are here to be greeted by the controversial Dr Carson (David Shaw)  and his ex-SAS security man Thomas (Nigel Thijs).

As van driver Robert (Tony Fadil, The Singleton) departs for the six month residency, things kick off straight away between Derek (Darrren James King, Blood Feud)  and Tyrone (Jonathan Jules) due to Derek’s twisted views, but the situation is soon brought to an end.

No one is impressed with their accommodation before the seasons with Dr Carson start, he points out that no-one is forced to stay but the alternative is going to prison. One of those gathered is Vicky (Phoebe Delikoura) a young girl that has gone down the road of drugs and drink due to her singing fame at the age of just thirteen. She is the inspiration for Pearson (Jon-Paul Gates, 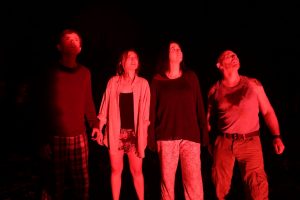 Haunted) a controversial man with a TV chat show he turns up at the rehab to observe the class seasons and debunk Dr Carson’s work and discredit his work to the world.

As time goes by the residents start seeing strange purple lights and strange sounds at night, thinking it is one of the Dr’s tests they ignore them, but there is something more sinister afoot.

Watch as the guys and girls fight for their souls and their lives as the alien invasion takes hold. 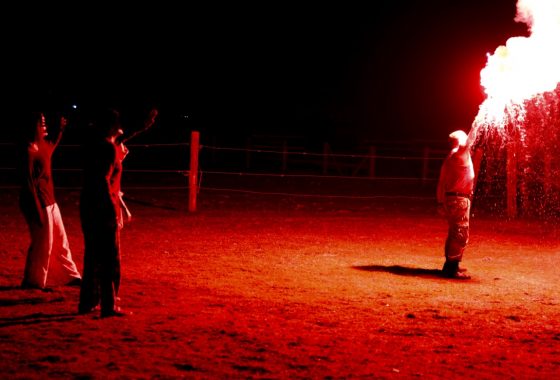