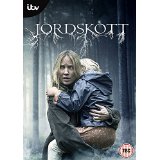 Based on The Tales Of Silverhöjd, Jordskott is the latest smash hit Scandinavian import, enjoying the highest viewing figures in over ten years in its native Sweden, shown on ITV Encore in the UK and now available on iTunes and DVD.

It tells us the story of police investigator Eva Thörnblad (Moa Gammel – Tommy, Suddenly), seven years after the supposed drowning of her daughter Josefine (Stina Sundlöf) in the lake near to her home town, Silverhöjd. 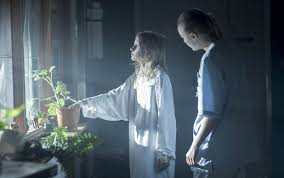 Eva has always believed that her daughter was taken and when the kidnapping of another child in the town coincides with her being taken off active duty due to injury and with her estranged father’s (Lars-Erik Berenett – Roland Hassel) death, she takes advantage of the situation and heads off home to try and start up her own investigation.

Not long after her arrival, a young girl turns up in the road, who Eva firmly believes to be Josefine, suffering from the same terrible parasitic infection that killed her father. DNA tests seem to suggest that it isn’t her but Eva is adamant. 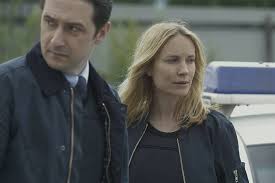 Happily the local police investigator, Tom Aronsson (Richard Forsgren – The Book of Worlds) is being assisted by Göran Wass (Göran Ragnerstam – Morden) of the National Bureau, who is more than happy to enlist her to help with the investigation and share all their case information with her.

She soon realises things go much deeper than she first thought, as more and more strange things begin to occur. She also finds herself in an ongoing debate with the Board of Directors of her father’s company  Thörnblad Cellulosa, who are in an ongoing battle with the local population over their plans for the Silverhöjd forest and who desperately want to get their hands on her shares. 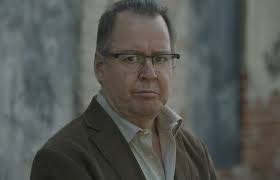 As times goes by, it rapidly becomes a matter of deciding just how far she is prepared to go in order to protect and save those she cares about.

Jordskott is really well written, fast paced and a cracking crime thriller. It has an excellent soundtrack, with some unlikely choices which add to the atmosphere nicely. It is constantly surprising and I can assure you that although the general theme is quite obvious from the start, you will not work out where they are going with this one, which is always a bonus. 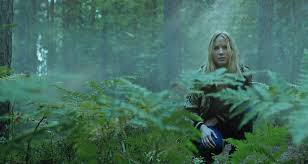 The backdrop of glorious Swedish forest also adds a decidedly sinister feel to the whole thing, with nothing but miles and miles of trees in every direction, you can’t help but feel alone.

Instead of a straight crime thriller, with Jordskott they have delved into the rich vein of Scandinavian folklore for inspiration, to give the story more depth and interest and it really does work. Thoroughly compelling viewing and I would recommend it to anyone.

“If the trade is to take place, the other child must be pure.”

Jordskott is available to buy now on DVD.