4 stars for this fascinating insight into the mind of an artist. 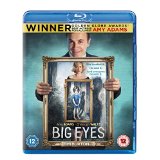 Big Eyes is directed by Tim Burton (Charlie and the Chocolate Factory, Big Fish) and written by Scott Alexander and Larry Karaszewski (Man on the Moon, Ed Wood).

This film tells the story of renowned artist Walter Keane (Christoph Waltz – Inglourious Basterds, Django Unchained), whose work depicting waifs with enormous eyes was famous, not least for the quantity of prints produced for the mass market, making his work far more accessible. 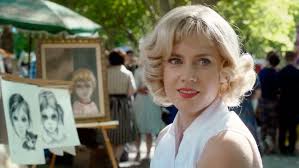 This time however, the story is told from a different perspective, that of his wife Margaret (Amy Adams – American Hustle, The Master) , the real talent behind the name Keane.

In 1958, Margaret Ulbrich packed her car and left her husband, taking with her only her daughter (Madeleine Arthur – The Tomorrow People) in the back of the car and her paintings in the boot. Keen to get on with her career as a painter, she begins to look for work, but it is difficult for a woman in the fifties and she ends up working in a factory and unable to sell her own work. 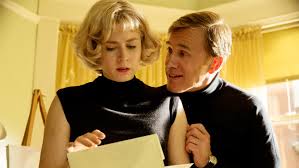 All that changes one day at a street sale, where she meets the larger than life and extremely exuberant fellow painter Walter Keane, who takes an immediate liking to her work and encourages her to be more aggressive in her sales pitch.

When Margaret learns that her ex husband wants custody of her daughter due to her status as a single mother, Walter immediately proposes and she accepts in order to keep her family together. 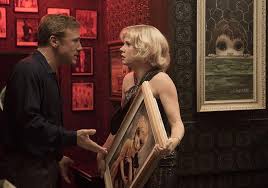 After Walter manages to find them wall space at a local club, her paintings soon take off, but she is shocked to discover that he is passing them off as his own. However, they are selling and with his marketing skills and her talent they soon begin to rake in the cash.

But can Margaret deal with the lack of artistic integrity, the lies and the critics, all from behind the scenes?

Big Eyes is a very well written story, which addresses very neatly the issue of a woman trying to reassert herself in what is essentially a man’s world and trying to regain control of her life. 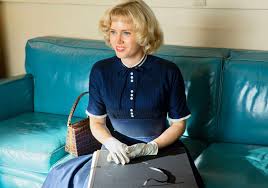 Based on a true story, it is truly fascinating. I was quite familiar with the paintings, but had no idea of all the controversy surrounding them, or the fraud on a grand scale being committed to get them to the market.

The script is well written and engaging and the acting performances are excellent and really bring these people to life on the screen, making you genuinely care about what happens to them.

I would thoroughly recommend this, both for art buffs and for people who just love a good story.

“Your husband’s quite the talent. Do you paint too?” 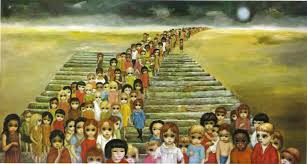