1 star for this wallowing and self indulgent romance. 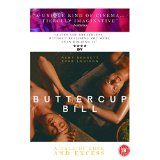 Buttercup Bill is written and directed by Emilie Richard-Froozan and Remy Bennet, who also stars in the film and it is their directorial debut. It is also the first production of Blonde To Black Pictures.

The opening of this film gives little warning as to what is to follow for the next hour and a half and sets the scene for something intriguing. Our main protagonist Pernilla (Remy Bennett – The Wolf Of Wall Street) receives a phone call telling her of the suicide of her childhood best friend, Flora, who has been found hanging from a tree by some joggers. 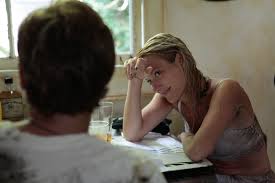 We see the funeral, where there is a beautiful reading by Pernilla of an excerpt from “The Song Of Wandering Aengus” by William Butler Yeats. It is quite heavily cut so it doesn’t scan properly, but nevertheless, still has impact in the context of the funeral. 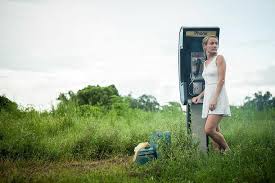 Unfortunately it’s all downhill from there. After the funeral we see Pernilla with her long suffering seeming boyfriend and from there moving on to a party involving lots of drink and drugs where she meets up with her friend Olivia (Becca Gerroll – Mow Crew). She happens to be the sister of another childhood friend, Patrick (Evan Louison – The Heart Machine, Redlegs) and upon receipt of his phone number Pernilla promptly heads off to the nearest phone box in a field and then turns up on his doorstep, to a mostly enthusiastic reception. 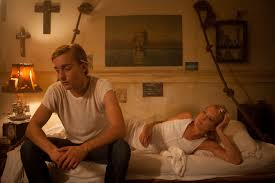 This all takes place pretty quickly, the rest of the film deals with the relationship between these two characters, their petty and sometimes violent arguments, their many obsessions, their shared childhood dark secrets, which are irritatingly vague for almost the entire film and their need to play cruel games and involve those around them, turning them into pawns in their power struggles. 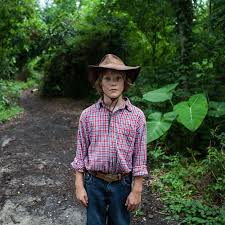 It almost sounds like a good idea on paper, but the two individuals are just so unlikeable that fairly soon you stop caring about what happens to them and begin to feel that you hope that they get what they deserve, i.e. each other. They couldn’t be more annoying and although I understand that shows how great the acting is, I don’t particularly want to watch it.

All in all Buttercup Bill lacks in substance and tries to make up for it with shock factor, but misses by quite some distance. The highlight is the poem, but if you’re interested in that I would suggest you look up the full poem and see it in it’s glorious entirety.

“I will find out where she has gone,

and kiss her lips and take her hands,

And walk among long dappled grass,

And pluck ’till time and times are done,

The silver apples of the moon,

The golden apples of the sun.” 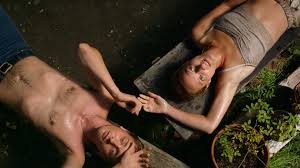 Buttercup Bill is available On Demand now and on DVD from