4 stars for this intelligent and very funny comedy. 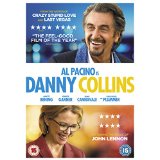 Danny Collins (Al Pacino – Stand Up Guys, Scarface) is a singer/songwriter who is well and truly stuck in a rut. Although he started his career as a passionate writer, all about writing great music, over the years he has gradually sold out for commercial gain.

The film opens with a young Danny Collins attending an interview for Chime magazine. He expresses his worry to the interviewer Guy DeLoach (Nick Offerman – We’re The Millers), that fame and fortune will change him and his priorities and way of writing songs. 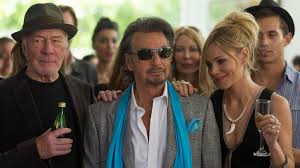 He now finds himself touring and playing the same old songs every night to crowds of fans who gradually age right along side him. He is living a ridiculous rockstar lifestyle, with a girlfriend, Sophie (Katarina Kas – The Wolf of Wall Street) who is far too young for him (and has a bit in the side, not very affectionately known as “busy work” Brian Smith – No Place Like Home) and as much drink and drugs as he pleases, at a moment’s notice. 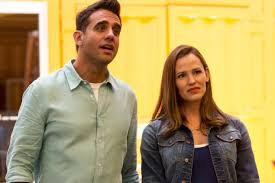 His manager Frank (Christopher Plummer – A Beautiful Mind, Up) is well aware that he is getting fed up and has bought him a pretty amazing gift, a letter written to him in 1971 by his hero John Lennon. He finds inspiration from the letter and decides to make a change in his life and sort out his priorities.

To this end, he looks up his estranged son, Tom (Bobby Cannavale – Chef, Ant-man) and his wife Samantha (Jennifer Garner – Alias, Daredevil) and daughter Hope (Giselle Eisenberg – The Wolf of Wall Street). 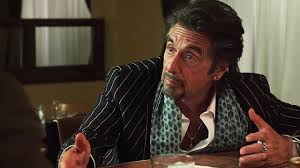 He moves into the Woodcliff Lake New Jersey Hilton hotel and begins to try and change his way of life and find the artist he always dreamed of being. He also really really wants to take the hotel manager Mary (Annette Bening – American Beauty) out to dinner.

Danny Collins is a very heartwarming film, which happily doesn’t feel the need to be too sentimental. There is a lot of humour and Christopher Plummer is hilarious as the deadpan and hard done to manager trying to keep his charge on track. Al Pacino also displays his comic timing nicely as Danny Collins and Annette Bening makes an excellent straight woman. 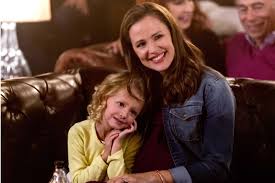 The film will surely delight fans of John Lennon, featuring as it does a soundtrack composed entirely of his songs, all uncut, which fit beautifully with the story and add an authenticity to the whole thing.

An excellent watch, very enjoyable and I would thoroughly recommend it.

“So, your birthday is tomorrow. Is that your big problem? Pregnant women in Africa feeding half their village from from their titties, those ladies got problems, not you.”