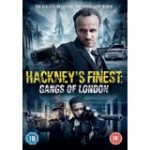 From first time full length feature director Chris Bouchard (The Hunt for Gollum), comes Thorin Seex first venture into film writing and what comes out at the other end is a dark tale of drugs, corrupt cops and fuelled up Russians, where everyone knows every swear word in the book and uses the hardest one the most. Definitely an 18. But this is a marvellous balance between Profanity, Comedy and Bloody Violence. 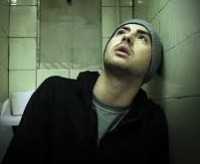 Sirus Nathanael Wiseman, He Who Dares) is an average guy who holds down a job as a courier director. He loves his road bike and he loves his pastime of passing on class A drugs and smoking heroine, oh and his long suffering girlfriend Amanda (Katarina Gellin, The Inbetweeners Movie). 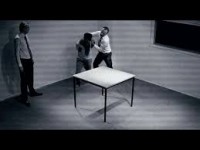 Meanwhile, his friend Asif (Rajan Sharma, Fugee) is being battered by bent copper Priestly (Arin Alldridge, The Cost of Love) whilst his partner Terence (Malcolm Tomlinson, Delicacy) looks on nonchalantly.

Tonight the guys are all meeting at Sirus’s house to do a deal with the Welsh-Jamaican drug dealers B (Marlon G. Day, I Against I) and Tony (Enoch Frost, Guardians of the Galaxy) and it is only when Asif walks in that the shit hits the fan, as the rest find out that he has blabbed to Priestly who wants Sirus to go down and has them on surveillance and they are not going to be playing fair.

This is when we find out that B and Tony are the biggest gun-runners in Wales, with the house being watched by Terrance and Priestly who calls in Delski (Sean Cronin, The Seasoning House) and his Russian cohorts to pay off a debt.

With a dodgy plan they head for the remote Tilbury docks for a showdown with the coppers.

What happens next is…

If you are of a weak disposition or hate swearing don’t watch this movie but if you love this genre you will have a blast and a belly laugh.

In Cinemas Friday 3rd of April

On DVD and On Demand 13th of April

It will Blow you Away!