3 stars of a well made film.

However, due to the subject matter and the language, especially if you don’t like the ‘C’ word, this limits its appeal. 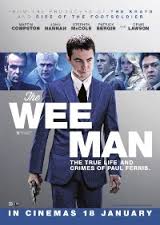 (Martin Compston – The Disappearance of Alice Creed). Starting at the age of 11 his dad Willie, (Denis Lawson – Star Wars: Episode IV – A New Hope) comforts the young Paul and passes on sage advice for his life ahead. He soon finds that life is hard on the streets of Glasgow as he and his friends are bullied by a pair of brothers which continues for another six years until one night he has had enough and snaps.

No one else will sort out this problem not especially the police, taking it upon himself he attacks the brothers with a knife showing them he will not tolerate any more. 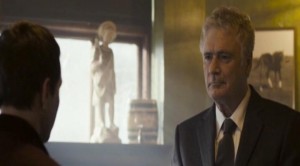 After spending time in jail and acquiring a reputation he meets with Glaswegian ‘Godfather’ Arthur Thompson, (Patrick Bergin – Patriot Games), who offers Paul a position in his organisation, which Paul duly accepts but finds out he has to work with his son Jnr Thompson, ‘Fat man’, (Stephen McCole – Stone of Destiny) an inept son with thoughts of grandeur, on the Godfather films scale.

The film charts his dealings across the city and the enemies and friends he makes leading to his eventual betrayal.

This is a good film with a great cast John Hannah as Tam ‘the licensee’ McGraw and Claire Grogan as Jenny Ferris and the youngest ever BAFTA New Talent winner Daniel Kerr as the young Paul Ferris.

But I think it’s one for the lads due to the subject material.

Written and Directed by Ray Burdis (producer of the Krays and director of Love, Honour & Obey) so he knows his subject matter.

Available now on  DVD and Blu-ray.