5 stars of Charming antics in the south of France. 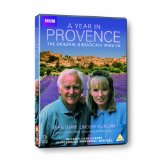 A Year In Provence is based on the fantastic best selling novel by Peter Mayle (A Good Year) and was adapted for TV by the BBC in 1993. This DVD contains the original broadcast version of the mini-series.

It tells the story of Peter Mayle (John Thaw – The Sweeney, Inspector Morse) and his wife Annie Mayle (Lindsay Duncan – Le Week-End, Under The Tuscan Sun), who both give up their jobs in the big city in favour of the sunny and romantic climes of Provence. 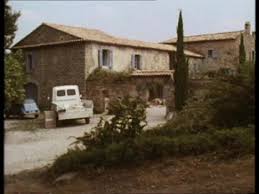 There, they intend to settle down together in their solid French farmhouse, while Peter writes his novel.

A Year In Provence takes the form of 12 episodes, each one representing a month of their first year in a strange country.

They first arrive in Provence at the end of December, just in time for the new year, but quickly discover that everything is going to be more complicated than they expected. 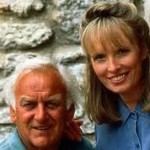 There first major mishap is the discovery of the Mistral, a local breeze which is said to “upturn old ladies, rip the ears off donkeys and drive other people round the bend.” With the wind howling around their ears, they make the unhappy discovery that the entire house will need to be re-plumbed and central heating fitted. And so begins a hilarious and probably worryingly accurate on-going battle with armies of local builders. 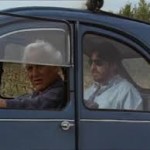 As the year goes by, they find themselves faced with many challenges, getting the butcher to stop talking long enough to sell meat, hordes of visitors from the U.K. wishing to use their home like a hotel, an unwanted house guest in the form of Tony (Alfred Molina – Raiders Of The Lost Arc) and of course the colourful, if not completely insane, locals and neighbours.

Through it all, they immerse themselves in the local culture, wholeheartedly throwing themselves into the local black market truffle dealing community and generally begin to try and build a life (and a house) in Provence.

A Year In Provence is genuinely hilarious, beautifully narrated by the great John Thaw and with some stand out performances from Jean-Pierre Delage (Frantic) as Colombani, the head builder and Marcel Champel as Riviere, one of their neighbours. This all helps to make this series laugh out loud funny from start to finish and makes this DVD a must have for any collection. 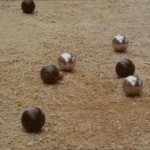 A Year In Provence is available to buy now on DVD