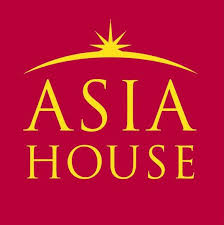 Kazakhstan’s official Academy Award entry to open the Asia House Film Festival 2016
LONDON, UK: Tuesday 12th January 2015 – Asia House is delighted to announce the full programme of the Asia House Film Festival 2016, once again generously supported by Prudential plc. This year’s theme of ‘Breaking Boundaries’ will be reflected in the diverse programme of 19 films, which include five European and six UK premieres. All of the films will be shown in London for the first time. 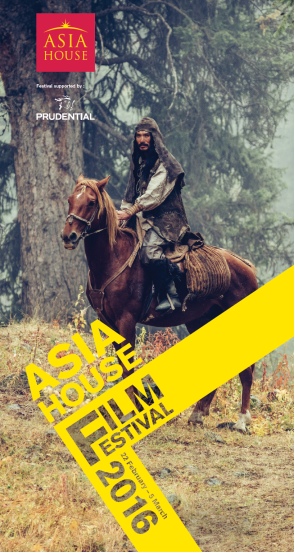 The Festival, now in its eighth year, will take place from 22 February to 5 March, and includes 11 feature films, three documentaries and five short films coming out of countries including Japan, China, Kazakhstan, Myanmar and Afghanistan.
Jasper Sharp, the Festival’s Artistic Director, said: “The films selected as part of the 2016 programme represent a world in which culture, politics and economies are transcending national boundaries. There will be a number of films from countries often completely overlooked by followers of Asian cinema, giving audiences a chance to experience the lives and landscapes of such a dynamic and multi-faceted continent.”
Opening the 2016 Festival at the Ham Yard Hotel in Soho will be Yermek Tursunov’s 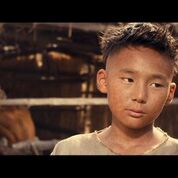 2015 film Stranger (Zhat), Kazakhstan’s official submission for the Best Foreign Language Film at the 2016 Academy Awards. A beautifully shot outdoors epic set in 1930s Kazakhstan, the film charts one man’s search for freedom set against the historical backdrop of the country’s darkest years. Tursunov and the film’s producer, Kanat Torebay, will host a Q&A session following the screening.
Thursday 25 February will see the Festival move to the iconic recently reopened Regent Street Cinema for the European premiere of Tursunov’s latest film Little Brother (Kenzhe). A sleek, contemporary hitman thriller, Little Brother sees brother pitted against brother, casting a cynical eye on where Kazakhstan is heading. Tursunov will participate in a director Q&A after this screening.
The Festival will continue at the Regent Street Cinema, hosting the European premiere of Korean-American director Benson Lee’s 2015 film Seoul Searching on 27 February. A romantic teen comedy set 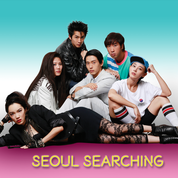 in the mid-1980s, the film features a group of diverse Korean high-schoolers from around the world who come together at a summer camp in Seoul to learn about their Korean heritage. Featuring a soundtrack of the era’s most fondly remembered tunes, the film goes beyond nostalgia to present a witty portrait of national, social and ethnic identity.
Chinese director Zhang Wei will join audiences at the Regent Street Cinema on 26

February for the European premiere of his gripping drama Factory Boss. The film presents an engrossing depiction of the ‘Made in China’ hallmark, delving deep into the country’s manufacturing culture from the perspectives of the workers and the executive suite. The film’s lead actor, Yao Anlian, won the Best Actor Award at the 2014 Montréal Film Festival.
Japanese director Shunji Iwai’s 2015 anime film The Case of Hana and Alice will be screened at the Regent Street Cinema on 27 February. A gently comedic prequel to

Iwai’s 2004 live-action film Hana and Alice, the film sees two schoolgirls investigate an urban myth surrounding a mysteriously vanished former classmate. The film appears to be traditional Japanese anime, however it was shot using real actors and sets, then put through a digital rotoscope process (a form of retracing live-action footage).
Five short films will be screened across the Festival. French filmmaker Marc Johnson’s ultra-high definition 4K projection Yúyú will be shown at the opening night gala at the Ham Yard Hotel. A 2014 short With Time from Saudi filmmaker Malak Quota,

depicting two sisters locked in a room, living their lives indulging in fantasies, will be shown on 27 February. Drama, a 2014 short from director Tian Guan and Panchagavya, a 2015 short documentary about the unique position of cows in India, will be screened on 27 and 28 February respectively. How to Cross (from Jiliz to Jiliz), a 2014 Armenian short film, will have its UK premiere on 28 February.
Other films to be screened include The Monk (2011), Mina Walking (2015), 40 Days of Silence (2014) and Banana Pancakes and the Children of Sticky Rice (2015).
Asia House will screen two documentary features, State of Play (2013) and Live From UB (2014) on 23 and 24 February respectively.
The Festival will close on 5 March with a special retrospective of films from 1960s and 70s Singapore at The Cinema Museum, Kennington. Each of the films chosen provides a fascinating insight into how Singapore is and was perceived by the rest of the world before and after the colonial era, tracing Western filmmakers’ encounters with the country’s rapidly changing culture and landscape.
Follow us on Twitter @asiahouseuk. The hashtag for the Asia House Film Festival 2016 is #AHFILM16.