5 stars for a fantastically remastered piece of cinema history. 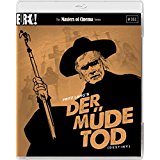 Der Mude Tod was first released in 1921 and is presented here in a fabulous 2K restoration as part of Eureka’s Masters of Cinema collection #161. Written and directed by Fritz Lang (Metropolis, The Big Heat), it is one of his earliest films and is regarded as highly influential, cited by Alfred Hitchcock and Luis Bunuel as having a direct influence on their work.

“My dear child, your fiance has left with the stranger who was sitting at your table.” 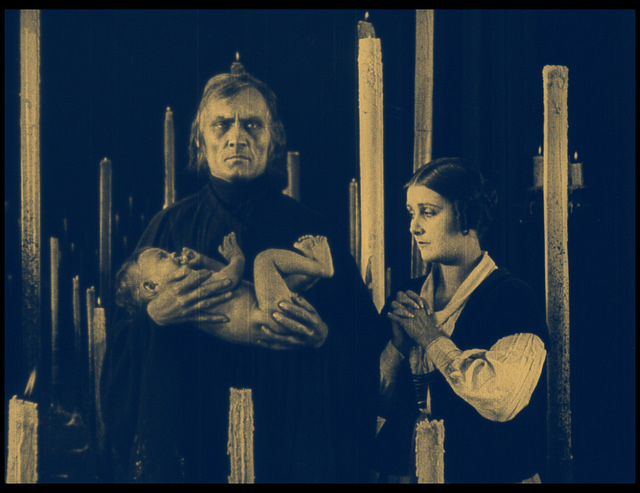 Der Mude Tod, also known as Destiny: A German Folk Song In Six Verses, tells the story of a young couple, very much in love and recently betrothed, who pick up a hitchhiker (Bernhard Goetzke – Dr. Mabuse: The Gambler) at the crossroads. They head for the local Inn to celebrate their engagement, but are followed in by the stranger, who sits down at their table. Frightened by him, the young woman (Lil Dagover – The Cabinet of Dr. Caligari, The Woman in Heaven) drops her glass and runs into the back room. 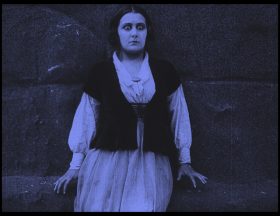 When she returns, both the stranger and her fiance (Walter Janssen – The Devil Strikes at Night) are gone. She wanders the streets looking for them, until she comes to an enormous wall, built around an area of land next to the cemetery by the stranger, who is in fact Death. Here she witnesses ghosts passing through the wall and seeing that her man is one of them, she determines to petition Death for his life.

He shows her the candles which represent human life and in particular three which are about to burn out. He tells her that if she can save them, she will get her wish. She then finds herself thrown into three very different situations.

In The Story of the First Light she is in the City of the Faithful during the month of Ramadan where she is charged with saving the life of her infidel lover Frank from the Caliph. 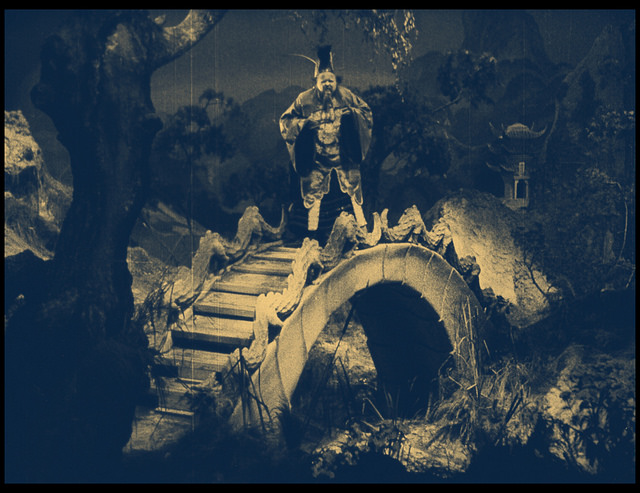 In The Story of the Second Light she finds herself in Venice during the carnival season, fighting to save the life of her lover from a jealous fiance.

In The Story of the Third Light she is now in the Chinese Empire, where she catches the eye of the Emperor who becomes obsessed with her and threatens her lover.

Der Mude Tod is a tour de force of film direction, combining many different themes and using lighting to impressive effect. The costumes and sets are equally impressive, some of it even being sourced from museums. 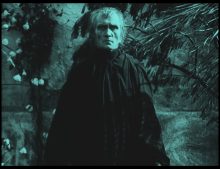 Eureka have done an amazing job here, as much of the original film was missing and the whole thing has been pieced back together from numerous different sources. Even though a few missing intertitles had to be replaced and you can tell the difference in quality between the sources,  the film retains all its original atmosphere and is still powerful today.

A must own for film enthusiasts who want to see what influenced the films we see today.

“The bell tolls, the Watchman cries. Love wrestles with death and believes.”