4 stars for the continuation of this highly entertaining sporting adventure. 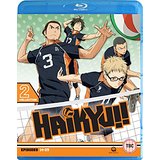 Haikyu!! is based on the Japanese shōnen manga series of the same name, written and illustrated by Haruichi Furudate. This anime adaptation is from I.G. production, directed by Susumu Mitsunaka and is presented here in the original Japanese with English subtitles.

The usual spoiler alerts apply, this is a review of the second half of the first series, so you need to see the start first!

Following their crushing defeat in the practice match against Nekoma, the Karasuno High volleyball team have realised that they need to learn how to work as a team. 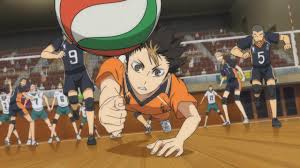 Ukai has now finally agreed to be the coach and with Asahi and Nishinoya back on the team, they are ready to take on the other High Schools in the Interscholastic Preliminaries.

They must take on the mighty Iron Wall of Dateko, by whom they were defeated three months previously and attempt to prove that they are no longer “The Clipped Crow”, but can now live up to their new banner, which reads “Fly”. 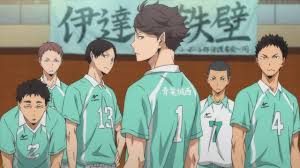 Most importantly, Hinata and Kageyama must make sure that the rivalry between them doesn’t stop them from taking victory and facing their main rivals Aoba Johsai.

Haikyu!! Season 1 Collection 2 finishes off season 1 and is every bit as thrilling as the first instalment. There is plenty of full on volleyball action, along with lots of motivational stuff about teamwork and prevailing in the face of adversity.

If you don’t know anything about spikers, setters and liberos then you most certainly will after watching this. Can’t wait for season 2 to see where they go from here.

“I wonder what the view looks like on the other side of the Iron Wall?” 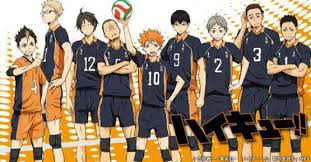 Haikyu!! Season 1 Collection 2 is now available to buy on DVD and Blu-ray.