4 stars of fast and furious ninja action, followed by a 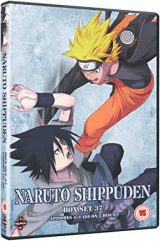 Naruto Shippuden is an ongoing anime series based on the manga by Masashi Kishimoto and directed by Hayato Date. 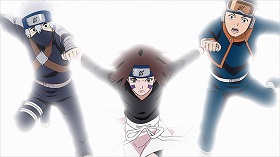 “Listen up. I’ve got a plan. This is going to be our very last mission as squad seven. Let’s go. We’re saving the world.” 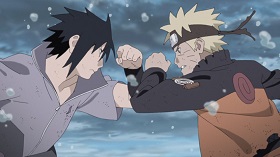 As the Fourth Great Ninja War draws to a close, Naruto and Sasuke are finally forced to address their differences and engage in an epic final showdown. The fate of the tailed beasts is decided and after the Infinite Tsukuyomi is finally removed and the Shinobi freed, we go back to the childhoods of our heroes and see how they met and formed their current relationships (a welcome rest after all the action of the last few arcs).

When the dust settles, life in the Hidden Leaf Village slowly returns to normal, but all that is about to change with the arrival of a new and terrifying enemy. Naruto and his friends must once again come together to battle evil and save the village. 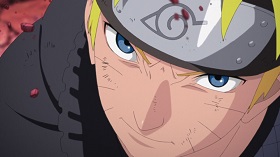 This instalment is very entertaining, not only does it conclude what has been an epic storyline, it also sees a return to day to day life, which feels extremely relaxing. It’s great to learn more of the relationship between Naruto and Sasuke. A must own for fans of the show, it’s just a shame it’s not available on Blu-ray.

“You’re trying to be alone again. But I’m not letting you do that. Especially since we both know what that’s like. That’s why I can’t let you go to that place, intentionally.”

Naruto Shippuden Box 37 is available to buy now on DVD.