3 stars of new independent journey into the world of Doctor 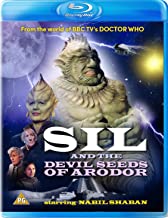 Who and some fascinating new interviews with familiar faces.

SIL and the Devil Seeds of Arodor is a new straight-to-video Doctor Who spin off series. In order to avoid those pesky copyright issues, it features neither a Doctor or a TARDIS.

It is directed by Keith Barnfather (Terrance Dicks: Fact and Fiction) and written by Philip Martin (Doctor Who, Tandoori Nights), who first created the character of SIL in the eighties.

“Think of all those lovely credits. Lovely lovely, yummy yummy.” 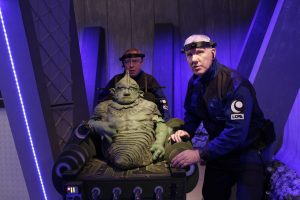 SIL (Nabil Shaban – Children of Men, Morticia) is a deeply unpleasant, yet somehow likeable, reptilian creature who is incarcerated on a moon base following allegations of drug dealing on Earth. He faces extradition and a death penalty for peddling the addictive and deadly drug, Devil Seeds of Arodor.

The case is heard by Madame Adjudicator (Janet Henfrey – Les Miserable, The Omen) and prosecuted by Larnier (Sakuntala Ramanee – Second Spring). SIL’s employer the Universal Monetary Fund are not happy at this turn of events and send Lord Kiv to act as his defence. All in all this is a very tricky situation for SIL. 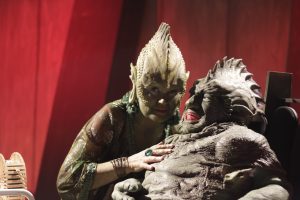 This miniseries feels authentically part of the Doctor Who universe. With it’s low budget production, the costumes are not perfect and nor are the sets, and the stilted British acting creates a sense of nostalgia for old Doctor Who episodes, not always achieved by spin offs. 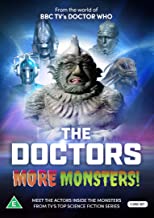 Also being released is The Doctors: More Monsters! This release consists of six documentaries, each one featuring a different actor who has played one of the monsters in the Doctor Who universe, sending generations of children scurrying to hide behind the sofa.

There are in depth interviews with Nabil Shaban (Sil – Vengeance on Varos), Christopher Ryan (Lord Kiv – Trial of a Timelord: Mindwarp), Stephen Thorne (Omega – The Three Doctors, Kastrian Eldrad – The Hand of Fear, Azal – The Daemons), Terry Malloy (Davros – Resurrection of the Daleks), and Stuart Fell and Jon Davey, both of whom have played monsters too numerous to mention.

It is presented by Robert Dick and Nicholas Briggs, the voice of the Daleks and is a fascinating insight into what goes on behind the scenes of Doctor Who. A great watch for die hard fans of the series and both very enjoyable releases. 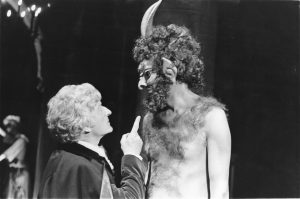