4 stars for a princess cast out of her castle. 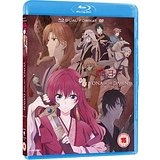 Yona of the Dawn is based on the Japanese Manga series written by Mizuho Kusanagi and is brought to anime by studio Pierrot (Naruto: Shippuden, Bleach, Tokyo Ghoul).

“In my time at the castle, I never knew the cold beyond it’s walls. That life is gone now.”

Yona (Monica Rial – A Certain Magical Index) is the fifteen year old Princess of the Kuoka Kingdom, raised in the shelter of the Crimson Dragon Castle by her father King Il (Sean Hennigan – Tokyo Ghoul).

She is watched over by Son Hak (Christopher R. Sabat – One Piece, Dragon Ball Kai), a childhood friend and now the general of the Wind Clan. She has always carried a torch for her elder cousin Soo-wan (Micah Solusod – Noragami), the other childhood friend and is over the moon when he arrives to help her celebrate her 16th birthday.

Upset that he still sees her as a child she decides to confront him only to find he feels the same. Unfortunately, when she goes to tell her father that they wish to be together, she finds Soo Wan standing over him with a sword, and the King dead on the floor. 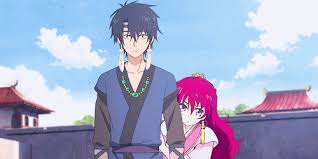 Realising that there has been a coup, Hak takes Yona and they begin a desperate flight from her childhood home and all she has known. Stunned by his betrayal, Yuna struggles to come to terms with what has happened. Together they must get away and find a way to survive with her distinctive Crimson hair giving them away at every turn. 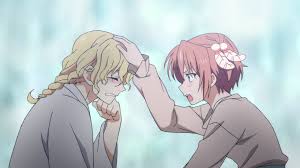 Yuna of the Dawn is great story, a spoiled Princess, learning the realities of life for those outside the castle and ultimately realising she may yet have a greater destiny. There is enough back story and lore to make the whole thing seem feasible,which is always a bonus!

The character development is excellent, with a wide range of personalities, from the clumsy but lovable Oracle to the formidable but kind hearted Mun Deok and the political intrigue isn’t too overwhelming. The animation style is lovely and I can’t wait for the second half of the series.

“It’s gone. The sky we watched together that day, I’ll never see it again.”

Yona of the Dawn is available to buy now on Dual Format DVD and Blu-Ray.