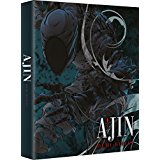 Ajin Demi-Human is based on the manga written and illustrated by Gamon Sakurai and adapted as a Netflix Original series by 3DCG studio Polygon Pictures (Star Wars: The Clone Wars). It is directed by Hiroyuki Seshita and this release features the first 13 episodes of the 26 episode series. 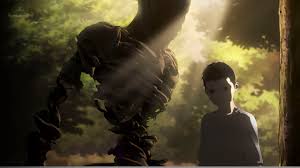 Our story opens in a war zone, where gunmen desperately fight against a “Soldier of God”, who comes back to life however hard they try to kill him, until the intervention of soldiers armed with tranquiliser guns. The man is an Ajin, inhuman and immortal creatures who have been discovered all over the world. Looking perfectly normal, they can only be identified if they die. 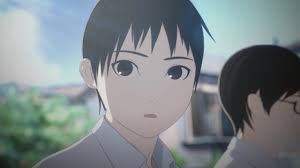 Kei Nagai (Johnny Yong Bosch – Durarara!! x2) is a perfectly normal, if a little withdrawn, schoolboy who desires nothing more than to be an upstanding human being. His life is thrown into disarray when walking home from school, as he is hit by a truck and to his horror and that of onlookers he gets back up and realises he should have been killed. 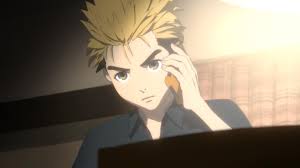 There have only been two Ajin discovered in Japan and because they are considered so useful for research by the Government, there is a huge bounty for anyone who can capture one. Kei realises the danger he is in and starts to run. Luckily for him he has a trusted friend to help him, Kaito (Bryce Papenbrook – Attack on Titan: Junior High). 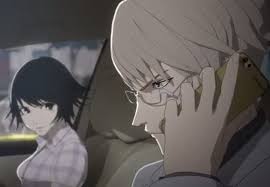 They meet up and flee to the mountains, but now his identity is known his pursuers will not be easily deterred. Yu Tosaki (Todd Haberkorn – Snow White with the Red Hair) head of the Ajin Research team and his assistant Izumi (Christina Valenzuela – Charlotte) are extremely proficient at capturing Ajin and on top of that there are more Ajin out there than anyone knows about. Mister Sato (Pete Sepenuk – Knights of Sidonia) and fellow Ajin Tanaka (Keith Silverstein – Coppelion) will stop at nothing to get him on side. 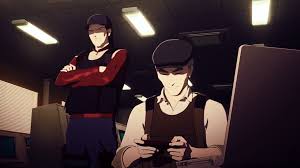 Ajin Demi-Human is an enormously entertaining series to watch. It is very dark, both in story and animation style and there is a great rock soundtrack which adds to the action sequences very well and the CGI and animation is stunning. There is lots of gore and plenty of brilliant fight scenes, as well as a really well thought out storyline. This is certainly worth adding to your collection and I can’t wait for the second half of the series.

“If I’m caught I know they’ll test if I can die or not. I’ll be killed over and over again.” 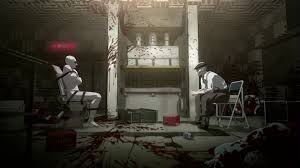