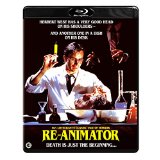 4 stars for this remastered horror classic.

Re-animator was first released in 1985 and was one of the most outrageous gore fests to come out of the 80’s horror scene. This blood spattered masterpiece was loosely based on the novella by H.P. Lovecraft and brought to the big screen by director Stuart Gordon (The Pit and the Pendulum, Space Truckers). 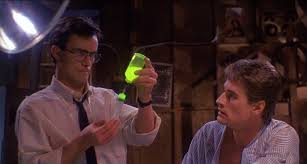 Dan Cain (Bruce Abbott – Bride of Re-animator, Dark Justice) is a talented and enthusiastic medical student at the Miskatonic University Medical school. His life undergoes a rather sinister change when a new student arrives. The brilliant but unhinged Herbert West (Jeffrey Combs – The Penny Dreadful Picture Show) has very little respect for his lecturer Dr Carl Hill (David Gale – The Big Fix) and believes his research and opinions about death to be extremely dated. 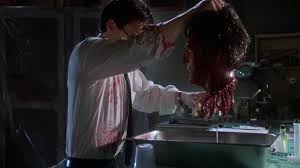 He soon moves in with Dan and reveals to him that he has developed a serum which can bring the dead back to life (by way of a hilarious sequence involving Rufus the cat) and the two of them embark upon shocking experiments with disastrous but very amusing consequences, both for them and for Dan’s girlfriend Megan (Barbara Crampton – You’re Next, We Are Still Here) and her father (Robert Sampson – Robot Jox).

There are two versions of the film in this Blu-Ray release, including the unrated version which enjoys a brand new 4K restoration and looks surprisingly good, several comments were made as to how much better it was than we remembered.

Re-animator is the perfect film for horror fanatics, with it’s rivers of gore and happy go lucky approach to dismemberment. There is also a pleasing amount of naked shenanigans and enough breasts to satisfy the most hardened pervert.

Well worth adding to your collection and there are lots of special features available on both discs.

“Who’s going to believe a talking head? Get a job in a side show.” 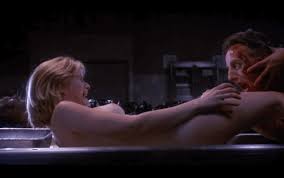 Re-animator is available to buy now on Blu-ray.