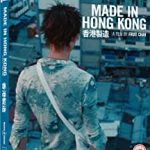 4 Star
Crimes, Loves and Orgasms
(or the tale of two letters)
Made in Hong Kong, written/directed by Fruit Chan (Hollywood Hong-Kong, Kill Time) is a niche film that has been saved by the Far East Film Festival on its twentieth anniversary and now Masters of Cinema bring us the Blu-ray restored urban masterpiece. Filmed at the time of the UK’s handover of…more 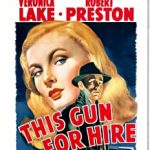 4 Star
A Man With Nothing to Lose and a Dame.
Eureka Classics brings us a true film-noir with the stunning Veronica Lake and the hard-nosed Alan Ladd. Adapted from a Graham Greene novel (The Fugitive, Brighton Rock, Our Man in Havana) and directed by Frank Tuttle (Springtime for Henry, The Hour Before the Dawn)  , who brings us a propaganda film…more 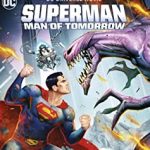 4 Star
An Alien, a Bounty Hunter and Another Alien.
From art department to director Chris Palmer (Voltron: Legendary Defender (TV Series)) takes on his first animation feature with this latest origin of the Man of Steel story, from the world of DC. Where Metropolis is a futuristic city that reaches into the sky like fantasy ivory towers and Lexcorp is setting…more 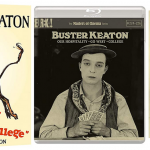 5 Star
More Slips, More Stunts, More Keaton.
Once again we have to thank The Keaton Project 2015 by Cineteca di Bologna and Cohen Film Collection to restore all Buster Keaton films between 1920 – 1928 and also Eureka The Masters of Cinema for putting together this amazing comedy classic package. This volume sees our zero go too hero as a man…more 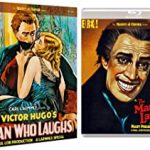 4 Star
The Afflicted, The Cursed and Love.
Dicrector Paul Leni (Sleeping Beauty, Waxworks, The Cat and the Canary) takes Victor Hugo‘s  (Les Misérables, The Hunchback of Notre-Dame) 1869 novel of the same name and creates a film that is not a horror, but you can’t get closer to one than this macabre love story. The Man Who Laughs (1928 film) has…more 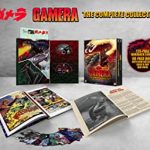 5 Star
The Kaiju of all Box Sets.
Arrow Video have outdone themselves with this monster box set. Who would have thought back in November 1965 when director Noriaki Yuasa (Attack of the Monsters, Ultraman 80 (TV Series), Kosupure senshi Cutie Knight) and produced and distributed by the groundbreaking Daiei Film (Rashomon, Gate of Hell, Ugetsu) released Gamera, the Giant Monster that…more 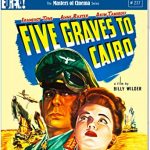 5 Star
Melodrama at its Best.
#237 in the Masters of Cinema range brings us another Billy Wilder (Witness For The Prosecution, The Apartment, A Foreign Affair, The Private Life of Sherlock Holmes) classic wartime thriller, this time a film from his early career, and you can see the makings of a great director from all the varied scenes in this film.…more