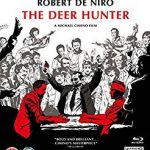 5 Star
Class Never Loses its Lustre.
For those that have never heard of this film, they are in for an epic tour de force as it is set in the thick of the Vietnam War and the traumatic aftermath and how it affected those that were there. Those that do remember this Michael Cimino (Thunderbolt and Lightfoot, Year of the Dragon)…more 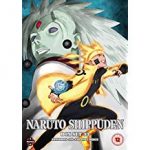 4 stars of seriously entertaining ninja action.
Naruto Shippuden is an ongoing anime series based on the Manga by Masashi Kishimoto and directed by Hayato Date.
It tells the story of a young shinobi called Naruto Uzumaki (Maile Flanagan) from the hidden leaf village. He is a Jinchuriki, who contains the nine tails within him. Along with the other shinobi from his village they learn…more 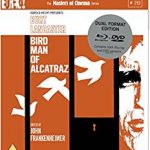 5 Star
A True Classic Prison Film.
Eureka (Masters of Cinema) bring us the best prison film ever in the guise of the fictionalised life of Robert Stroud (Burt Lancaster, The Train, From Here to Eternity, Gunfight at the O.K. Corral, Run Silent Run Deep) from the book of the same name. This 1962 film adaptation by new film director John Frankenheimer (The Manchurian…more 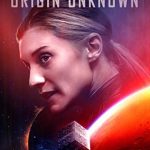 4 star
Interstellar Sci-Fi.
From producer,writer, director Hasraf Dulull (The Beyond). Following on from his first full length feature he brings us a pure Sci-Fi film. He shows his love for this genre in this high concept “which came first, the chicken or the egg?” film. His talent as a visual effects artist are well displayed in the parts where star Katee…more 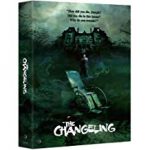 4 stars of remastered classic and chilling horror.
The Changeling was first released in 1980 and is based on a story by Russell Hunter and directed by Peter Medak (The Krays, Romeo is Bleeding). This horror classic is now restored and brought to limited edition Blu-ray courtesy of Second Sight, with newly commissioned artwork from Christopher Shy and a host of new…more 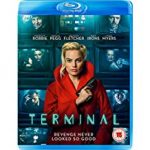 3 stars of colourful but mildly confusing film noir.
Terminal is written and directed by Vaughn Stein and is a very promising effort for his feature directorial debut.
“There is a place like no other on Earth. A land full of wonder, mystery and danger. Some say that to survive it, you need to be as mad as a hatter, which luckily, I…more 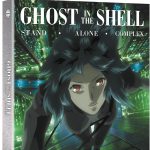 5 Star
A Major Upgrade for G.I.T.S.
Masamune Shiro‘s (Appleseed) classic manga story brought to the screens by Production I-G (Psycho-Pass, Attack on Titan, Attack on Titan: Junior High) this classic cyberpunk story set in the near future now comes in an all singing all dancing Blu-ray box set for the first time in the UK.
In the not so distant future, mankind has advanced…more