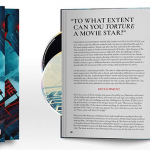 5 Star
Trust No One!
David Fincher is well known for films such as Panic Room, Gone Girl, Seven, Zodiac and The Social Network, but most famously for being a video-short maker who was brought in to direct the successful film franchise with Alien³. With ‘The Game’ he hit the bullseye with this drama, mystery, thriller, that has you on the edge of…more 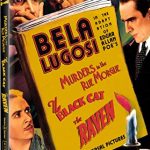 4 star excellent presentation of three absolute horror classics.
This trio of Pre-Code horror films starring Bela Lugosi (Dracula, The Ape Man) are brought to Blu-ray for the first time in the as part of the Eureka! Masters of Cinema series #233-235. All three have been beautifully restored in High Definition Blu-ray (1080p). They are based on the stories of Edgar…more 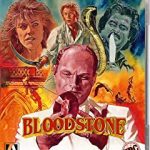 5 Star
Who Gives a Pluck?
Eureka Classics lives up to its name with this jiangshi action adventure. Mr Vampire started a trend in the late 1980’s early 90’s. Produced by the legendary Sammo Hung (Three Films With Sammo Hung, Wheels on Meals, Zu Warriors From the Magic Mountain, The Fate of Lee Khan, Jackie Chan’s PROJECT A & PROJECT A PART…more

4 stars of excellent British Sci-fi Horror film.
Alien Outbreak is written and directed by award-winning VFX artist and filmmaker Neil Rowe (Robot World). His expertise in special effects are clearly evident throughout this action packed sci-fi horror tale.
For what was obviously a low budget affair, this is a very effective film which makes the most of the available resources.
“It’s trying…more 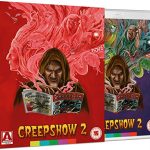 4 stars of creepy comic book horror action.
Creepshow 2 is a horror anthology based on the stories written by Stephen King (Castle Rock, Pet Sematary, Cujo), with a screenplay by George A. Romero (Night of the Living Dead, The Dark Half). It is directed by Michael Gornick (The Stand) and was originally released in 1987. With an outstanding horror pedigree…more 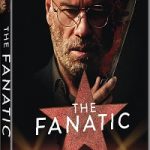 3 stars of deeply disturbing thriller.
The Fanatic is written and directed by Fred Durst (The Education of Charlie Banks) of Limp Bizkit fame. It has the definite feel of something written through experience, the whole thing feels very personal, unfortunately almost like a vendetta against autistic people and possibly even fans in places.
“Ghost train is too typical. I need something…more