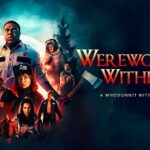 4 star hilarious small town werewolf action.
Werewolves Within is an American comedy horror film based on the popular multiplayer VR game of the same name. It has a screenplay by Mishna Wolff (Limp) and is directed by Josh Ruben (Scare Me).
It is presented here in the UK on Digital and DVD courtesy of Signature Entertainment.
“Wow. Yeah, you’re gonna fit right…more 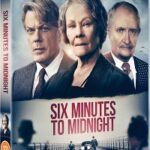 4 stars of seaside spy-action war film.
Six Minutes To Midnight is a British spy thriller, written by Eddie Izzard (Oceans Thirteen, The Avengers) who also stars and Celyn Jones (The Vanishing), with a screenplay by Andy Goddard (Torchwood, Carnival Row) who also directs.
It is a fictional story based around an actual location, taking place just a few days before the…more 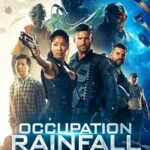 3 stars of rip-roaring, action packed Aussie Sci-fi.
Occupation Rainfall is an Australian Sci-fi film, the sequel to the 2018 film Occupation. With several of the actors reprising their roles from the original film, this sequel boasts a considerably better budget and special effects from the team behind The Last Jedi.
It is written and directed by Luke Sparke (Red Billabong).
“Take what…more 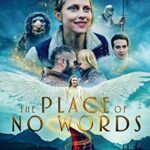 4 star beautiful exploration of grief and loss.
The Place of No Words is an Australian film, written and directed by Mark Webber (Flesh and Blood, The End of Love) who also stars. With stunning backdrops and haunting music, this film leads you on an intimate journey with its main characters, a young family.
It is presented in the UK on Digital…more 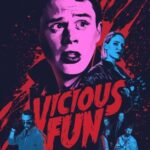 4 stars of delightfully gory eighties style horror.
Vicious Fun is written by James Villeneuve (The Ticket) and Cody Calahan  (The Oak Room, Let Her Out) who also directs. Available to stream now on Shudder.com this Shudder original is a fabulous and blood soaked hark back to the golden age of slasher flicks.
“Fade in. The city at night. Rain falls like…more 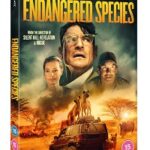 3 stars of ill advised safari adventures.
Endangered Species is based on a story by Paul Chronnell (Airborne), with screenplay by Isabel Bassett (Rogue), who also stars and M.J. Bassett (Strike Back) who also directs. It is available now on Digital Download and DVD courtesy of Lionsgate UK.
“This country’s gonna eat them alive.”
Lauren Halsey (Rebecca Romijn – X Men, Star Trek:…more 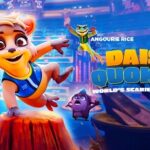 4 stars of colourful and inspiring children’s film.
Daisy Quokka: World’s Scariest Animal is an Australian animated film written by Ryan Greaves The Wishmas Tree) and Trudy Hellier (Little Acorns). It is directed by Ricard Cusso (Combat Wombat) and is a delightful family film with no annoying catchy songs to get stuck in your head.
“I’ll admit it, we are pretty dang…more