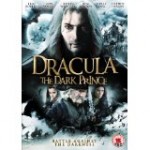 2 stars for this pretty but lacking in substance take on the story of Dracula.
Dracula: The Dark Prince is an action/ fantasy, directed by Pearry Reginald Teo (The Gene Generation, Take Me Somewhere Nice) and is loosely based on the Dracula myth, featuring Van Helsing (John Voight – Mission: Impossible, Heat), the renowned vampire hunter.
In this new version of the…more 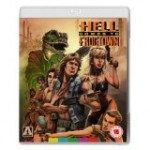 3 stars for this surprisingly watchable B-movie.
Hell Comes To Frogtown was first released in 1988 and was directed by Donald G. Jackson (Roller Blade, Twisted fate) and R.J. Kizer (Inception – ADR Editor) and written by Randall Frakes (Devil’s Prey, Instinct to kill).
This film stars Roddy Piper (They Live, Wrestlemania), a professional wrestler for the both the NWA and WWF,…more 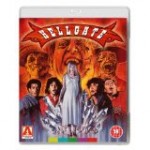 0.1 star for this atrocious “horror” film.
Hellgate was first released in 1989. It is written by Michael O’Rourke (Moonstalker, Deadly Love) and directed by William A. Levey (Blackenstein, Skatetown, U.S.A). It is an eighteen certificate, although it is quite difficult to imagine why.
This is the story of Josie, played by Abigail Wolcott who was, quite magnificently, never in another film after…more

1 star for this extremely disappointing Japanese horror.
The Complex is directed by renowned director Hideo Nakata (Ring, Dark Water) and as such I was expecting great things. However, this is his first film for almost a decade and shows no sign of his former brilliance.
The film is set in an old and dilapidated Japanese apartment complex, into which Asuka (Atsuko Maeda –…more 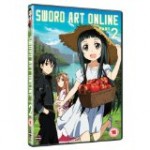 5 Star SAO turns up the heat.
It’s been 2 years since SAO went online and Kirito has reached level 74, the highest level anyone has really gone to, as now it seems that only 500 of the 6000 people in Aincrad are actively clearing levels to end their entrapment.
Whilst on level 74 Kirito finds and kills a Ragout Rabbit which…more 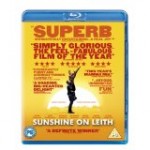 5 Star Feel good Musical.
Scotland has a Play.
Scotland now has a Musical.
This Film would make a sunny day out of a Total Eclipse.
Sunshine On Leith is based on the award winning stage show of the same name and penned by the creator Stephen Greenhorn, (Dr Who, The Doctor’s Daughter 2008), and directed by well known actor Dexter Fletcher (Kick Ass).
The…more 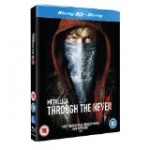 5 Star Rock Extravaganza.
From the imagination of Director Nimrod Antal (Predators).
This is an adventure into the surreal. As Metallica take to the stage, young roadie Trip (Dane DeHaan, Lawless) is called and sent on errand to rescue a stranded van that has run out of fuel, so he is sent on his way with a jerry-can. He jumps into his van…more