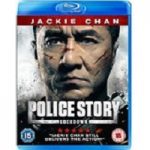 4 Star
Prime Time Chan.
Relative newcomer writer/director Ding Sheng (Saving Mr. Wu) brings us the continuation of the Police Story saga since the original in 1985 (written and directed by Jackie Chan), this is the sixth incarnation of Police story and this time it is set in mainland China, as a Chinese officer named Zhong Wen. 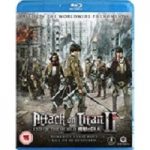 5 stars for this fantastic adaptation to live action.
Attack on Titan: The Movie – Part 2: End of the World is adapted from the hit Manga series written and illustrated by Hajime Isayama and the hugely popular anime by Wit Studio and Production IG (Guilty Crown, Psycho Pass).
The usual spoiler alerts apply here; this is part two, so make sure you have watched…more 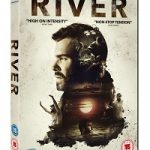 4 stars for this tense thriller.
River is a Canadian production, written and directed by Jamie M. Dagg and is his directorial feature debut.
“What the f*** did I do?”
John Lake (Rossif Sutherland – Timeline, High Life) is a young American doctor, working in Laos. When an operation goes seriously wrong and he goes against the direct orders of his senior Dr.…more 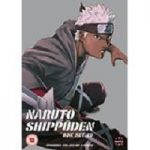 4 stars for this exciting continuation to the story.
Naruto Shippuden is an ongoing anime series based on the Manga by Masashi Kishimoto and directed by Hayato Date.
It tells the story of a young shinobi called Naruto Uzumaki (Maile Flanagan) from the hidden leaf village. He is a jinchuriki, who contains the nine tails within him. Along with the other shinobi…more 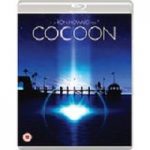 4 star
Feel the Youthful Exuberance.
Following his success with Splash (1984) director Ron Howard (Willow, Backdraft, Apollo 13, Rush) brings us the tale of what would you do if you could live forever.
Sunny Shores Villas St. Petersburg USA is a retirement complex where people while away their days playing coits and doing dance exercise.
But friends Art (Don Ameche, Trading Places) Ben…more 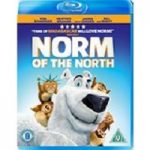 4 star environmental tale for kids.
Norm of the North is directed by Trevor Wall (Sabrina: Secrets of a teenage witch) and boasts a host of familiar names.
“I put the soul in winter solstice”
It tells the story of Norm (Rob Schneider – Deuce Bigalow  Male Gigolo, 50 First Dates), a polar bear with a most unusual talent, he can speak human, something…more 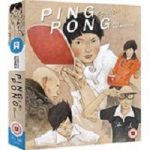 4 stars for this exceptional but unusual sporting anime.
Ping Pong: The Animation is based on the Manga written by Taiyō Matsumoto (Blue Spring) and features his trade mark unconventional and slightly surreal style of drawing. It is adapted to anime by the Tatsunoko Production Studio.
“I’ve never seen him this way. It is spring, maybe he’s in heat.”
It tells the story of…more