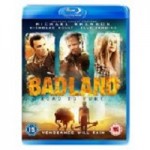 4 Star Sci-Fi that keeps things closer to Home.
Written and directed by Jake Paltrow (The Good Night), he brings us a tale of the near future where the world has become a dust-bowl and finding water is now the priority and the greatest commodity in the U.S. where our family live. Set with three acts, one based on each of…more 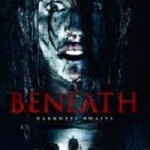 4 stars for this tense but sometimes slightly vague thriller.
Beneath is written by Patrick Doody and Chris Valenziano (Bugs, Call Of Duty: World at War) and directed by Ben Ketai (30 Days of Night: Dust to Dust).
“The following is inspired by true events. In 2013, a collapse at the Brackett Coal Mine left a group of workers trapped nearly 600…more 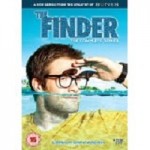 5 Star Fun in Front of the Telly.
Hart Hanson‘s genius brings us the spin off from his Fox hit Bones, based on a character in one of the episodes of the same name from the sixth series.
This is a delightful series that has you gagging to watch episode after episode, (“binge watching” may be harmful to your day job).
The story…more 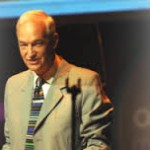 Gorillas in the List
ONE WORLD MEDIA AWARDS
2015 NOMINEES
London: Wednesday 22 April 2015 – One World Media is delighted to announce this year’s outstanding list of Awards nominees for reporting from and about the developing world.
Grain Media’s celebrated documentary about the battle to save the world’s last colony of mountain gorillas, Virunga, is nominated in two categories: Documentary, and Corruption Reporting.…more 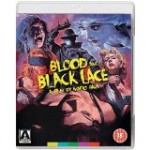 4 stars for this beautifully converted Italian whodunit.
Blood and Black Lace was first released in 1964 and was directed by Mario Bava (Black Sunday, A Bay Of Blood). It was the spearhead of the Giallo genre (Italian murder/mystery/horror films) and became the prototype for what we now know as “slasher flicks”.
Blood and Black Lace has been lovingly converted from the…more 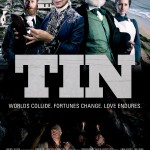 4 Star Micro-Budget History from Cornwall
Bill Scott‘s (Dressing Granite) second venture into feature films finds him in historic Cornwall, where in the 1880’s mining was king.
Developed in collaboration with Miracle
Theatre and English Touring Opera.
The story is based on a notorious real life banking fraud and concerns a down at heel touring opera company, which arrives in a Cornish village to…more 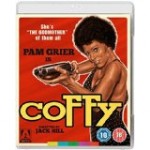 4 stars of classic original vigilante action.
First released in 1973, Coffy is written and directed by Jack Hill (Foxy Brown, Spider Baby) and is an excellent addition to the Blaxploitation genre. It was also highly groundbreaking at the time of it’s release, featuring as it does a woman in the lead role of an action film.
In addition to it’s blaxploitation…more