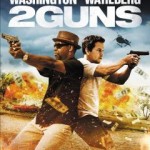 4 Stars as Washington and Wahlberg work their magic
Robert ‘Bobby’ Trench, (Denzel Washington, Man on Fire) and Michael ‘Stig’ Stigman, (Mark Wahlberg, The Fighter) are trying to build a reputation with the drug cartel run by Papi Greco, (Edward James Olmos, Battlestar Galactica 2004).
But Stig wants to rob a bank because it has some of Papi’s money in it as…more 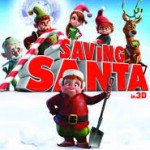 3 stars for this festive animation for young viewers.
Saving Santa is set in a future where the demands on Santa (Tim Conway – SpongeBob SquarePants) have increased and he has been forced to employ technology in order to ensure that he can reach everyone in one night.
Santa has a crack team of elves, whose job it is to invent the…more 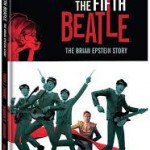 4 stars all the way for this brilliant new addition to the unstoppable machine that is the Beatles.
The Fifth Beatle is a graphic novel from the well known and respected Dark Horse Comics, written by Vivek J. Tiwary (Greenday’s American Idiot, The Addams Family) and beautifully illustrated by Andrew C. Robinson (Dusty Star) and Kyle Baker (Why I hate Saturn,…more 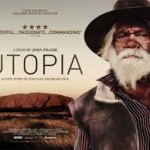 5 stars for this enlightening and disturbing documentary.
Written, produced and presented by John Pilger, this is an in depth and highly controversial look into the treatment of the indigenous peoples of Australia and the attitudes which surround them.
John Pilger is an Australian journalist who has been campaigning for the rights of the Aboriginal population for many years.
In this documentary he…more 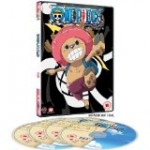 4 stars for the next part of this fantastic anime series.
One Piece Collection 4 carries on (predictably) where One Piece Collection 3 finished, completing the Drum Island arc and set during the Alabasta saga (episodes 79-103).
The start of this collection sees the Straw Hat Pirates, still on the Grand Line and on board the Going Merry, engaged in a battle…more 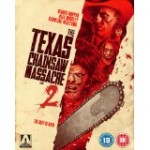 2 stars for this bizarre and slightly pointless Blu-ray conversion.
Now, I understand that the whole Texas Chainsaw machine has a huge cult following, but for the life of me, I just don’t get it. Texas Chainsaw Massacre 2 is written by L.M. Kit Carson (Breathless, Chinese Boxes) and directed by Tobe Hooper (Poltergeist, Salem’s Lot) and features the crazy cannibal…more 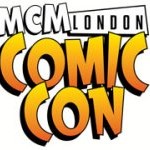 Last week our friends over at Manga UK sent over a video recap of this year’s MCM London Comic Con. This time we get to see what Cosplayers were wearing at the event.
All are there, from “fifty million Deadpools” via the usual swarm of Manga/Anime characters with a small side order of Star Wars storm troopers to what seems to…more