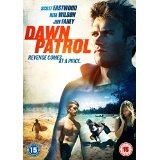 3 Star Why not to live in California.

Daniel Petrie Jr. (Toy Soldiers) takes the story from Rachel Lang and Brian Pittman who both collaborated on A Haunting at Silver Falls. A tale of brotherly love and what would you do to make things right.

Brothers John (Scott Eastwood, Gran Torino) and Ben (Chris Brochu, Soul Surfer) live in California and this film seems to stereotype all Californians as surfing stoner’s. The brothers fit this

demographic perfectly, enjoying the sun, sand and the sea. Especially when the surf is up, it is Ben that most excels at his craft and he has all the photographers camped out to get the next big picture on the front of the surfing magazine.

John always looks out for his little brother, even though his parents Trick (Jeff Fahey, Machette) and Shelia (Rita Wilson, Larry Crowne) think he is jealous of his high flying brother.

When Ben’s ex-girlfriend Donna (Kim Matula, Spilt Milk) turns up on the beach flaunting her wares, the Mexicans take a liking to her curves, which sets Ben off in a rage and a fight breaks out. Ben just can’t get Donna out of his head and when he finds her seeing another guy he promises to marry her, as they then have sex on the beach.

Bad blood now flows between Ben and the Mexican Miguel (Gabriel De Santi, Blood Shed) and when Ben’s body is found on the beach with execution type wounds, John saw Miguel’s car just moments before. One and one are put together to make three.

How can John make things right for him and his family?

A sad tale of sorrow in the sun. 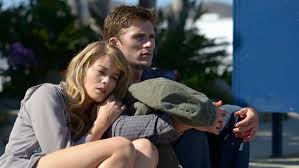