3 stars for a good idea that nearly worked. 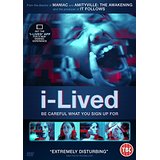 i-Lived is written and directed by Franck Khalfoun (Maniac, Amityville: The Awakening and produced by Alan Pao (It Follows).

“You haven’t lived until i-Lived”

i-Lived tells us the story of Josh (Jeremiah Watkins – Animeme, The Bet) a video blogger who reviews apps online through his Youtube channel, J-Tech. 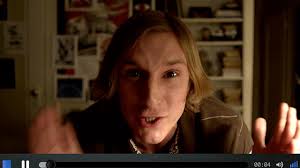 His latest review project is i-Lived, a self help app which promises to help with every aspect of your life. You simply type in your goal and the app sends you missions to complete to help you attain it.

He starts out small, requesting a six pack stomach and the app send him tips on healthy eating and exercise. He enjoys the experience, especially the way that you video your missions and upload them to the app for other people to enjoy, however it doesn’t really work, so he gives it two stars and moves on to the next app. 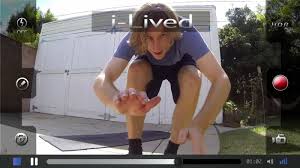 A few days later, while out trying to pull girls with his best friend Bobby Yen (Chris Mena), he receives a notification from the app asking him to confirm his location. When he does, it requests he take a photo of someone he wants to talk to and proceeds to talk him through getting a date. 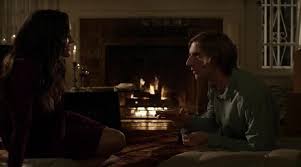 The girl in question is Greta (Sarah Power – Saw V, Beta House), older, beautiful and way out of his league. He is obviously very happy with this turn of events, so he decides to give the app another chance and experiment with what he can achieve. He inputs the goal of reaching 8 million followers, follows the instructions and before he knows it, he’s been offered a well paid job and his life seems to be on the up. 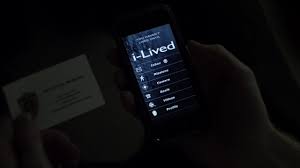 However, there was always going to be a catch, and the requests it makes of him grow ever more sinister. When he unsubscribes, he finds things going downhill rapidly and he must do everything in his power to get his life back on track.

i-Lived is a great idea for a film, the concept is extremely disturbing and very relevant for the world in which we live today. There is also a real app which can be downloaded for free and synced up to the film, for a more interactive experience. 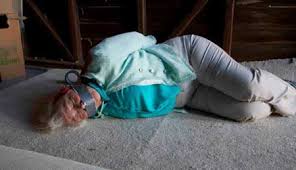 It is quite good fun, but it doesn’t do much and it runs pretty slowly. Another good idea that just misses. There are various problems. Josh is the most irritating character ever conceived, which makes it almost impossible to care about what happens to him. The main issue is that given the premise of the film, the ending, although glaringly obvious, makes absolutely no sense at all.

It’s a great shame it wasn’t done better, but it’s worth watching just for the experience.

“Girls like nice guys. Do something nice for six people.” 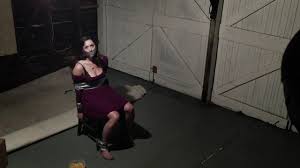 i-Lived is available to buy now on DVD and will be released on 11th July 2016.