4 stars for this tense and exciting horror/chiller. 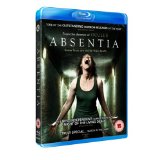 Absentia is written and directed by Mike Flanagan (Oculus, Ghosts of Hamilton Street) and is a very intelligent and well written horror/ psychological thriller which offers an interesting new take on an ancient legend. 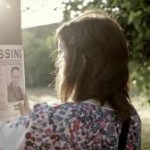 This film tells the story of Tricia Riley (Courtney Bell – Oculus, The Puzzle), wife of Daniel Riley (Morgan Peter Brown – Piggies, Biology 101), who disappeared seven years previously. Although she has never really given up hope of finding him and still puts up posters, after seven years and being heavily pregnant by her new boyfriend, she decides the time is right to declare him dead “In Absentia”, thus freeing the insurance money to help her in her new life. 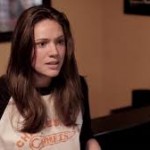 In order to ease this transition, her wayward drug addict sister Callie (Katie Parker – Oculus, The Family) moves in with her to offer moral support. However, as the paperwork nears completion, Tricia begins to have disturbing hallucinations centered around her missing husband, and Callie starts to develop an unhealthy fascination with the underpass near to the house.

As Detective Mallory (Dave Levine – Oculus, The Asylum), in charge of the missing persons case, continues to apply pressure to get her to move away from the neighbourhood, strange things start to happen. Callie sees people in the tunnel and trinkets appear in the house, without any sign of forced entry. 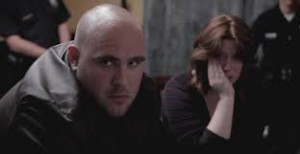 After a series of shocking and very unexpected events, Callie begins to tie together the tunnel with previous missing persons and embarks on a desperate quest to make people believe before it’s too late.

This is a very well thought out film, which builds the tension brilliantly and kept me on the edge of my seat from start to finish.  The script is very natural and refreshing and the acting is for the most part understated, which is very rare for this kind of film and works beautifully.

If you’re looking for a good scare of an evening then I would highly recommend this, just make sure that you watch it with the lights out and the surround sound on.