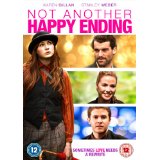 Not Another Happy Ending is directed by John McKay (Crush, We’ll Take Manhattan) and written by David Solomans (Five Children and It).

This is the story of Jane Lockhart (Karen Gillan – Doctor Who, Guardians Of The Galaxy), a struggling first time author who finally lands a publishing contract with a Glaswegian publishing company run by Tom Duval (Stanley Weber – The First Day Of The Rest Of Your Life, Thérèse) and his capable assistant Roddy (Iain De Caestecker – Agents Of S.H.I.E.L.D). 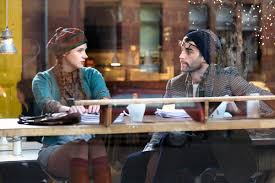 His company near to bankruptcy, Tom sees Jane as his potential saviour and immediately signs her to a two book contract and begins to help her to edit her first novel, The Endless Anguish Of My Father. But things begin to fall apart when he changes the title to Happy Ending without her consent and she refuses any further input from him, instead intending to fulfill her contract and sign elsewhere. 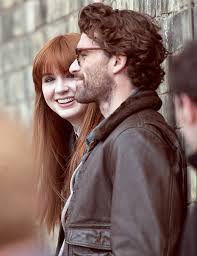 After the success of her first novel, she finds a boyfriend, Willie (Henry Ian Cusick – Lost, Hitman), begins to patch up her relationship with her father (Gary Lewis – Gangs Of New York, Billy Elliot) and generally turns her life around.

When Tom finds out that she is blocked, however, he determines that it is because she is too happy and decides to try and make her miserable so she can write again.

Not Another Happy Ending is extremely funny, well written and with excellent character development. Tom and Roddy’s inept attempts at criminal activity, coupled with Jane’s ever wackier ideas as to how to escape from her writer’s block (including extreme baking) make for a hilarious watch. 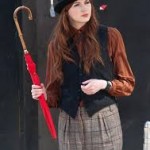 For me, the main reason that this film works is Karen Gillan. She is quirky, crazy, yet brilliant all at the same time. Jane Lockhart is a great character, conflicted and stalked by her own creations, yet at the same time strangely self-assured and with her own unique sense of style.

Not Another Happy Ending is a very watchable film and is a must see for all fans of the romantic comedy genre, something the Brits do so well. This is definitely one of the best for a while.

For a sneak peek, check out the trailers below!