A Thoroughly enjoyable film, but you get a feeling at the opening shots that there is a very large dark cloud hanging over the viewer and the film as we see a 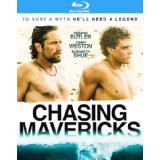 free diver descending into the blue depth of the Ocean.

We see a young Jay Moriarity (Cooper Timberline, Man of Steel), counting waves as he and his friend play on the rocks with her pet dog.

By accident the dog chases a ball towards the sea, Jay’s quick reactions save the dog but he is caught by a big wave and dragged into the water where he flounders.

But luckily he is plucked from the waters and placed upon a surfboard being paddled by local surf legend Frosty Hesson, (Gerard Butler, 300).

The scene is set off the coast of Santa Cruz California in 1987. 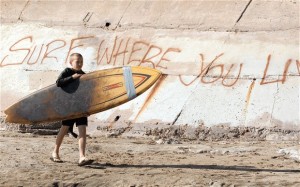 Jay receives a letter from his father, but he doesn’t open it as he found the one he sent his mother, so he stashes it away in his memento box.

Frosty spend most of his time lying to his wife Brenda, (Abigail Spencer, Cowboys & Aliens), about his job, when he is actually out surfing with his mates.

Inspired by his rescue Jay cobbles together an old surfboard but finds he is missing some vital parts, so he heads over to Frosty’s house to see if his saviour  has the parts. Brenda is shocked to find out that Frosty was out saving boys out in the surf rather than laying a roof further up the coast, but finds him the spare parts he needs and Jay sees his saviour riding a monster wave.

He heads to the beach and confronts his first waves, where he makes all the wrong moves, but he can see Frosty enjoying himself on his board. A local boy takes pity on him and tells him when to paddle and Jay gets to ride his first wave watched by Frosty.

7 years later Jay, (Jonny Weston, Under the Bed) is riding the waves like a pro and passing on his knowledge to the young guys. 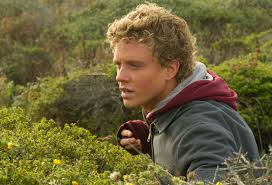 in the water with his board but he dreams of these Mavericks and riding them so he sneaks aboard Frosty’s van as he heads to the coast with reports of huge swells. This where Jay gets his first view of these behemoths of the Ocean.

Frosty makes Jay swear to secrecy about the waves.

Jay wants to ride the big waves and Frosty has to explain to him the error of his ideas. After a few home truths from his wife Frosty realises that he must mentor Jay if he is to survive the wave that he knows Jay will try to ride. 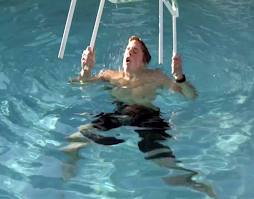 Jay has to improve his Physical, Mental, Emotional and Spiritual body and Frosty tells him his challenges to meet these goals.

Like paddling 36 miles or holding his breath for 4 minutes.

This is well written and greatly acted by all the cast especially Weston and Butler. 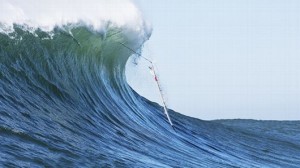 As it is based upon a real person this makes it even more poignant and the extras show how popular he was, even the eagerness to be in the film to show case this surfers life and talent. 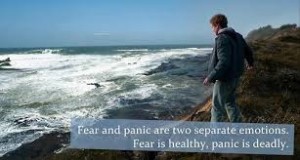 This is a film about determination and the dedication that it takes to achieve your dreams. This is a film that will inspire and it should be on your shelf ready to be watch at any time.

Available To Buy on DVD and Blu-ray Now.