4 Star Keaton at his Best. 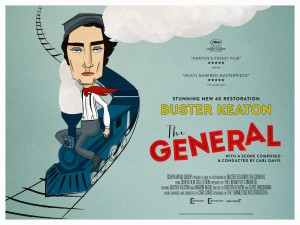 Lovingly restored in 4K by the Cohen Film Collection is back in the Cinemas.

See below for showings.

Johnnie Gray, (Buster Keaton, Sherlock Jr) is the engineer on the steam train ‘General’. It’s spring 1861 in the small town of Marietta when the Western and Atlantic Flyer steams into town, there is a kerfuffle within the citizens as war has been declared with the North and the start of the Civil War and Johnnies girlfriend is eager for him to enlist.

Johnnie rushes to enlist and be the first in line and when he gets to the kiosk he gives his name and occupation as the engineer of the steam train. The man behind the screen thinks hard then asks his superior, who tells him that he is too valuable to be given a gun and his application is to be rejected.

Johnnie is thrown from the building after being told of his importance. Dismayed, he goes to Annabelle, (Marion Mack, The Carnival Girl) who tells him bluntly that until he is in uniform she will never talk to him. 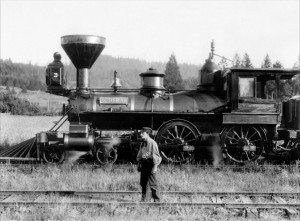 Time passes and Johnnie is still driving his train along his line, transporting troops and the injured. He sees Annabelle on the platform as they are about to have a tea break. She goes to her trunk in the baggage car just as a plot to steal the train kicks in by Northern soldiers dressed as civilians.

What ensues is a master class in how to be a comic genius. 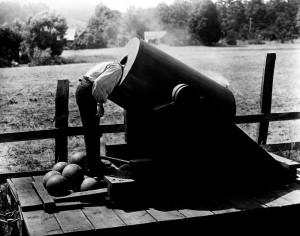 As Johnnie chases after his beloved General he is unaware that his girlfriend has been taken hostage. But when he makes a daring rescue the chase continues as Johnnie and Annabelle race South to warn the soldiers of the Norths plans.

With many a caper by both sides it is Keaton’s timing which shines through and the lack of health and safety, making this a classic and well worth the viewing.